Tigers have the largest body size, the most powerful power, the longest canine teeth, the sharpest claws and the greatest bite power in cats. In ancient times, people were very afraid of tigers. Tigers were very powerful. The ancients used tigers to symbolize power and bravery. Most men chose tigers to tattoo in the hope that they could be as powerful and brave as tigers. Some girls like tiger tattoos, but they lack the tiger's domineering power, so they often choose cute and naughty baby tigers or tattoo artists to design some Cartoon tiger tattoo. 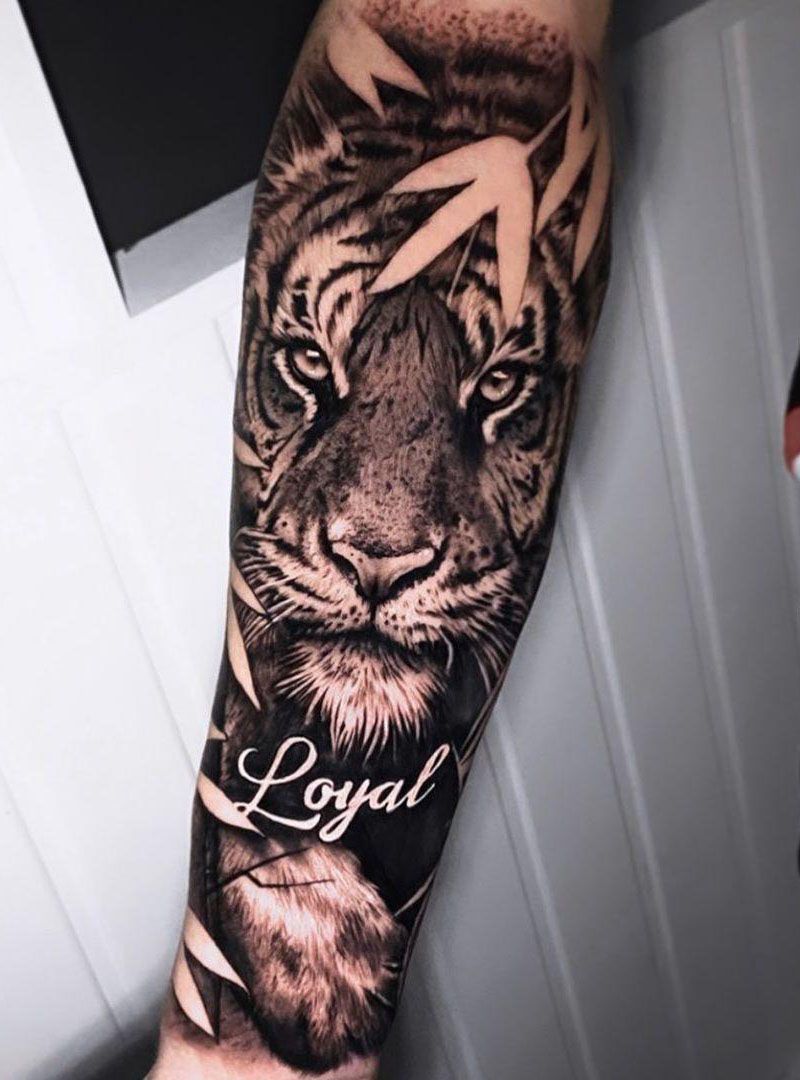