Speaking of Trident, we may think of an ancient weapon, car logo, aircraft model, harpoon and so on. In fact, their shapes are similar. Trident appeared in the form of weapons in ancient Chinese culture. In western culture, it is the symbol of Poseidon. In different cultures, they have different meanings. Trident tattoo is not the mainstream tattoo theme, but it is suitable for tattoo lovers of different ages and genders, and can be placed in any part of the body.

In ancient Greek myths and legends, the Trident is the weapon and symbol of Poseidon. It is said that when Poseidon is angry, he will hit the ground with the Trident, causing strong earthquakes, tides, tsunamis and sea storms, threatening people who enter his territory. At the same time, he can also use the Trident to open the sea for him and his chariots. Trident is often a symbol of power and power.

Not all Trident tattoos are related to ancient Greek culture. In fact, they may also be related to the Hindu god Shiva, whose Trident is full of double symbols of creation and destruction. Hindus like to have tattoos associated with Trident to show their religious inclination. The meaning of Trident tattoo is also associated with the virtue of God in some cultures, which represents magical power, wisdom and rule. 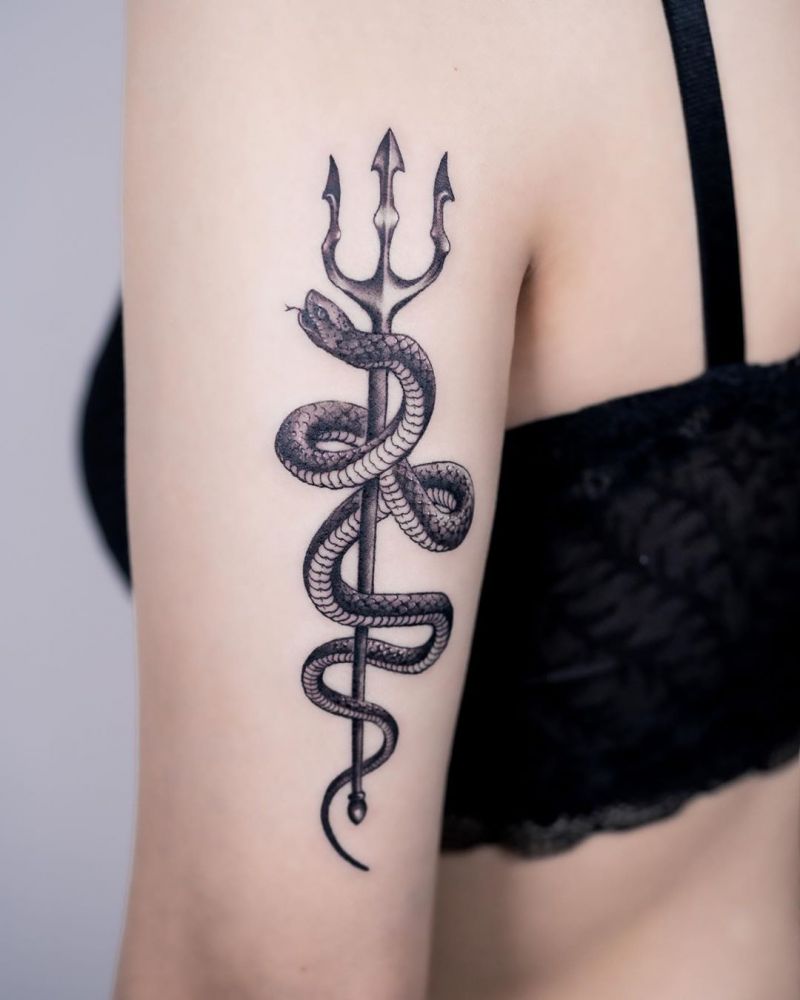