Amor Fati tattoo means the love of fate and falling in love with fate. Amor, which means love, is found in Portuguese, Spanish and Italian. Amor can be used as a name, usually a boy’s name. Because in Greek mythology, the little god of love is a beautiful boy holding a bow and arrow. 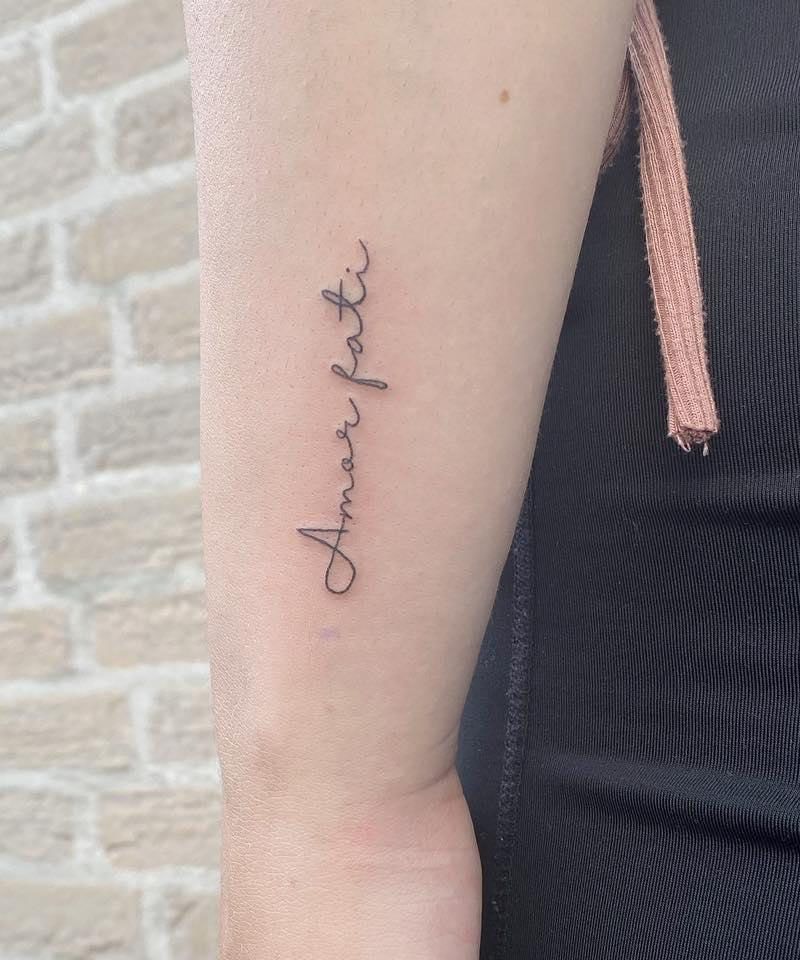