Although Aquarius is cold in heart, he is also an expert in communication. Which Aquarius tattoo can better set off your personality characteristics? Do you know the meaning of Aquarius tattoo?

Aquarius people, refuse to accept any emotional constraints, sometimes humorous, sometimes cold, often give people a feeling of not easy to get along with, and even will be regarded as strange. However, at the same time, his changeable mood seems to have an inexplicable attraction for others.

Aquarius has a clear love hate attitude towards love. When you feel hope and happiness, you will show support and tolerance. Once there is disappointment and distrust, he will resolutely end the love and continue to look for the ideal love in his heart.

According to legend, because the waiter who poured wine at the banquet was injured, Zeus turned into a big eagle and captured a beautiful young man ganymetis in the world. In fact, he was the old king’s beloved son. The old king looked around for his son and sighed. He found that his son was carrying a water bottle in the sky and pouring water. He served as a waiter for the feast of the gods and became Aquarius. 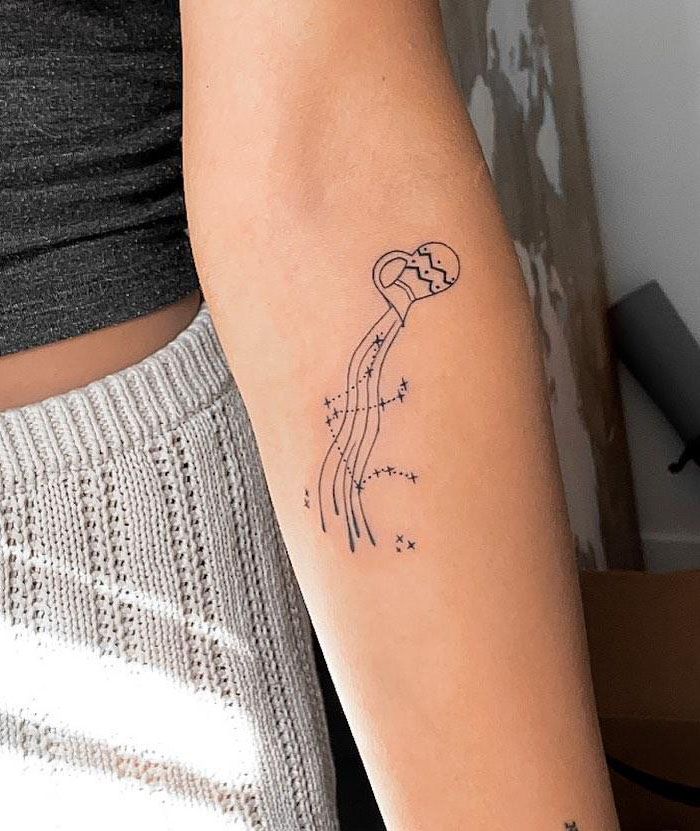