The caduceus is the staff carried by Hermes in Greek mythology and consequently by Hermes Trismegistus in Greco-Egyptian mythology. The same staff was also borne by heralds in general, for example by Iris, the messenger of Hera. It is a short staff entwined by two serpents, sometimes surmounted by wings.

There are two systems of medical signs in the world: one is a pair of snakes twining sticks with wings on top of them. One is a single snake wrapped with a stick as the theme.

Whether it’s a single snake stick or a double snake stick, they both imply the meaning of “sex”, which means that the root of healing disease and healing comes from the magic power of creating life. In short, the snake stick symbolizes Magical Medicine and neutral medical ethics. 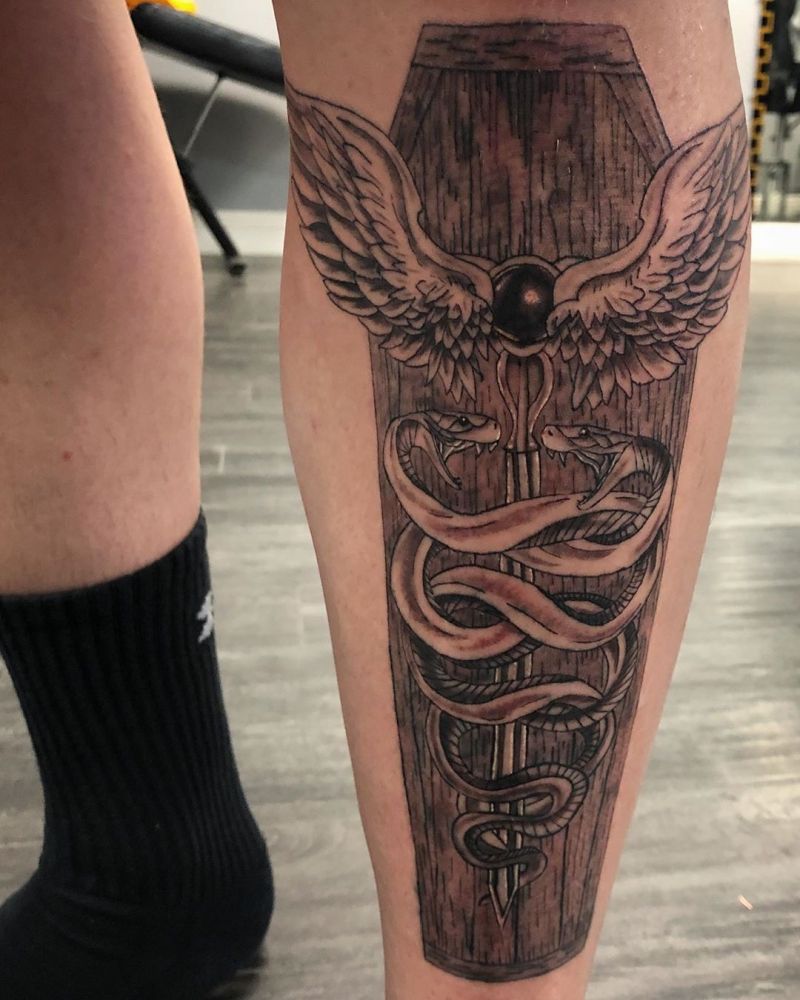