Chaos is the earliest God in Greek mythology, representing the blurred scene before the formation of the universe. According to the divine spectrum by the famous ancient Greek historian Hesiod and early Greek mythology, at the beginning of the universe, there was only CAOS, who was an endless and empty void. Then, relying on asexual reproduction, he gave birth to five creation gods from within, such as Earth Goddess, abyss God, dark god, night goddess and love God, and the world began.

The symbol of chaos, also known as chaos star, is a circle with 8 sharp arrows on the center of the circle. People of different religions understand it as a fluctuating flame, that is, it creates and destroys like God. Today we collected a lot of chaos Star Tattoos, hoping to inspire you. 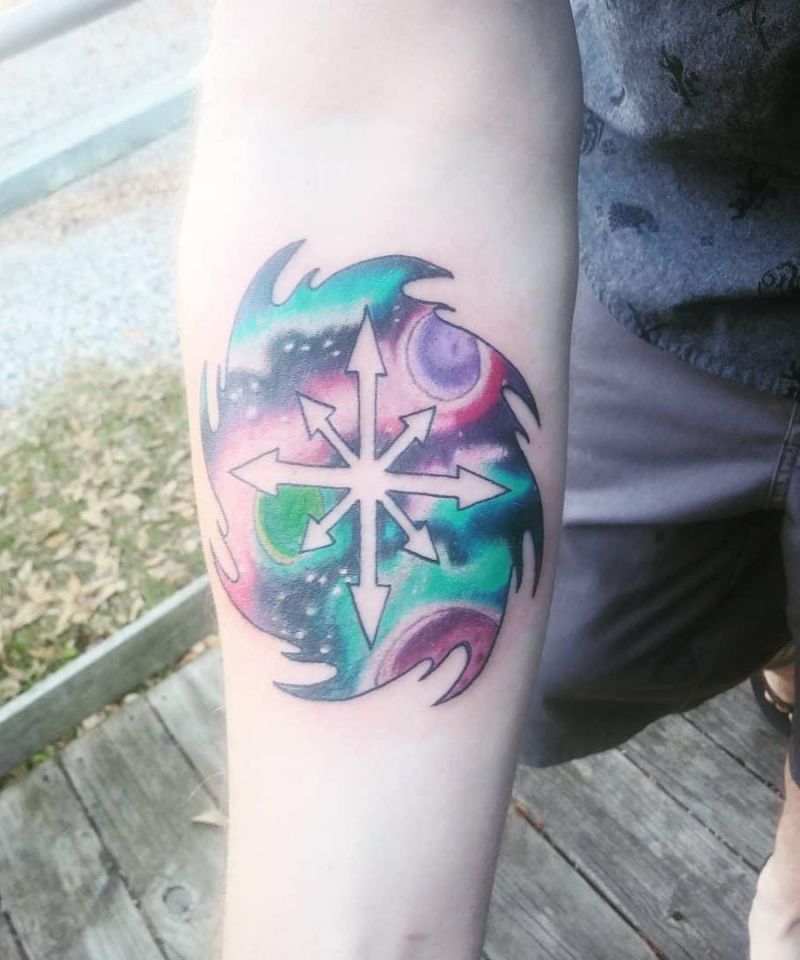