Cicada is a popular tattoo theme. Representative species of Cicadellidae. The male’s abdomen has a voice organ, which can continuously make sharp sounds. The female does not make a sound, but has a hearing in the abdomen. The larvae live in the soil and feed on the roots of plants, while the adults eat the juice of plants. Cicada is a kind of incomplete metamorphosis, from eggs, nymphs, after several molting, not through the pupa period and into adults. So, do you know the meaning and symbol of cicada tattoo? Today I will introduce it to you.

In addition, because the life track of a cicada is not easy to track, people do not know how he lives and dies. In fact, cicadas have a long dormancy in the soil, and people can’t figure out what they eat. It is said that only immortals can survive on this, and this speculation is extended to a symbol of noble character. 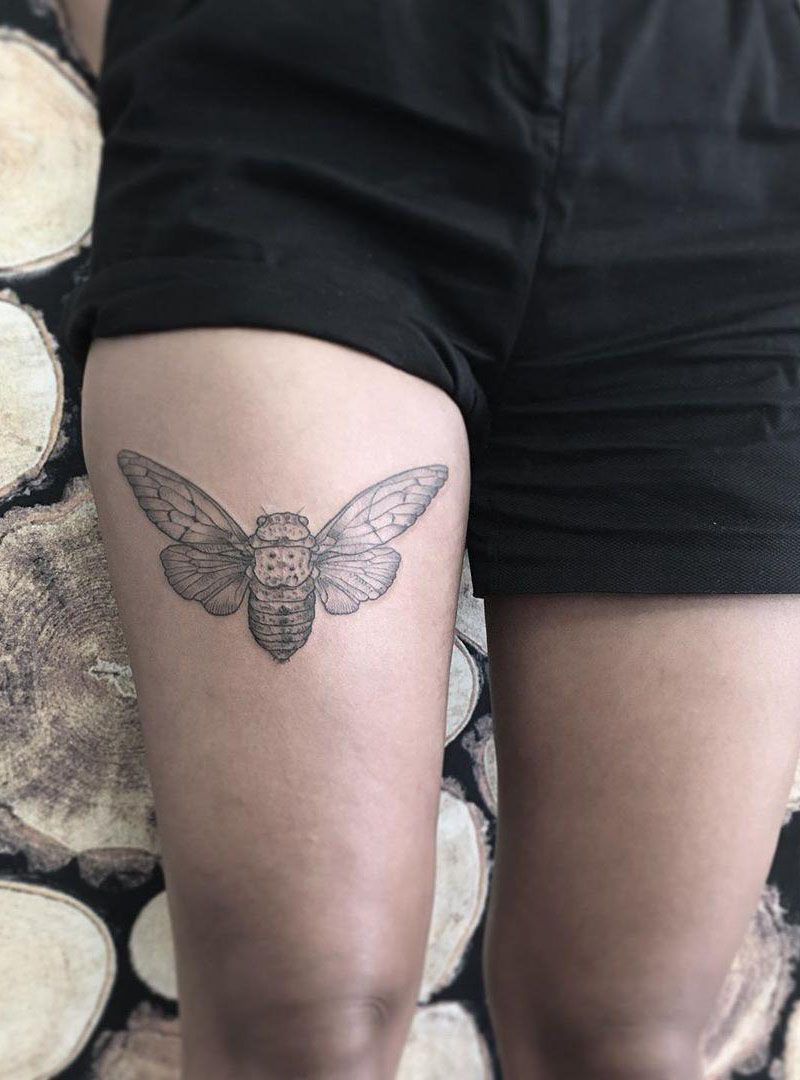