Coffin nail is the classic material in oldschool tattoo. The original meaning of coffin nail refers to the long nail that nails the coffin to death before the coffin is buried. After the body is put into the coffin, the lid of the coffin is nailed. Seven nails are used to nail the coffin cover. It is said that it can make descendants prosperous.

In ancient times, coffins didn’t use nails. They tied the bottom and the lid together with leather straps. Some old coffin makers do not use nails. It is said that the usage and position of nails are quite exquisite. There is a saying that the coffin is nailed so that the dead will no longer be disturbed and can smoothly enter the underground world. 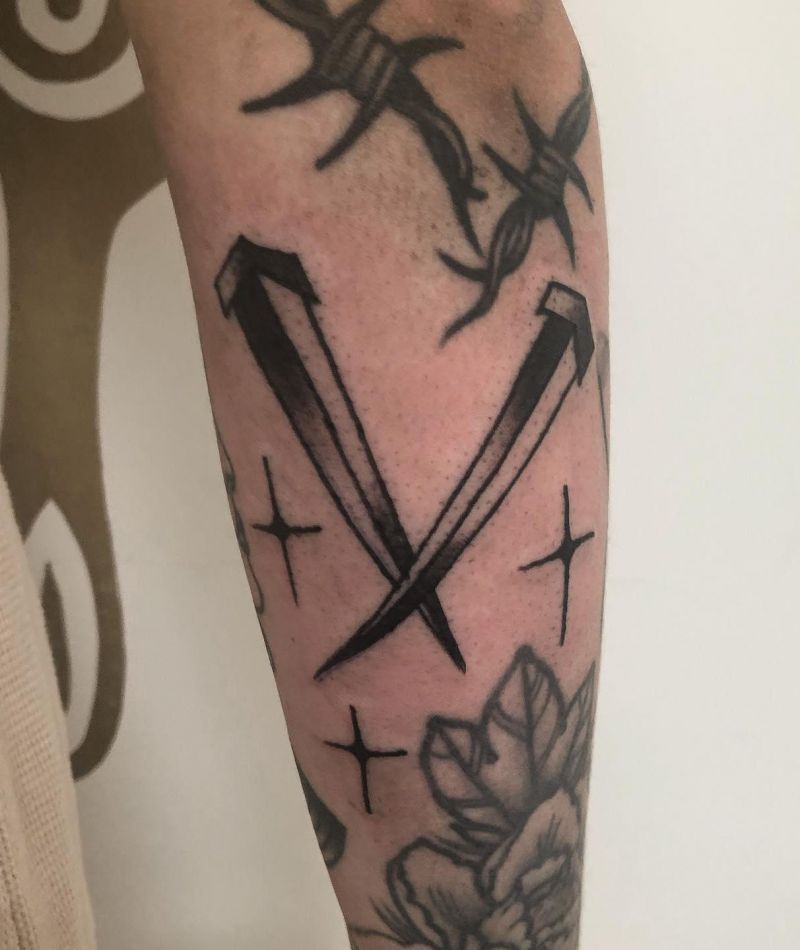