What style of nail art design are you going to wear on Halloween? If you are not ready, take a look at today’s Corpse Bride nail art design. The Corpse Bride is Tim A satirical animated film directed by Burton. This film is not as scary as the title suggests. On the contrary, it actually conveys a warm feeling. This is an animated film full of comedy and fantasy. Terror is only a superficial benefit, not its theme.

The human scene in “The Corpse Bride” is Gothic style, coupled with gloomy and gloomy colors, deep music and people’s melancholy expressions to express the darkness of the world to people; In hell, on the contrary, bright colors and cheerful music, the funny performances of skeletons, parties every day, revels all night, and endless music show a happy and harmonious atmosphere, which forms a huge contrast with the lifeless and orderly scenes in human life, and even more shows the darkness of the world. 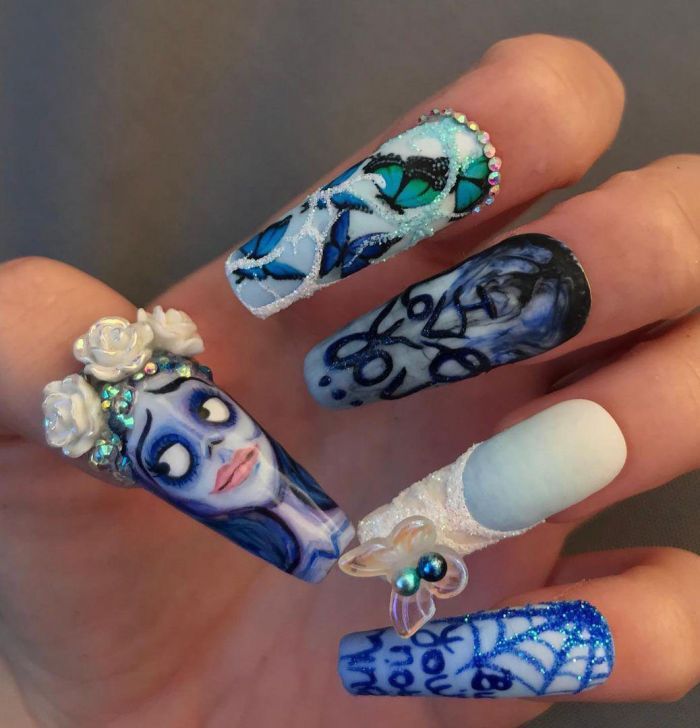 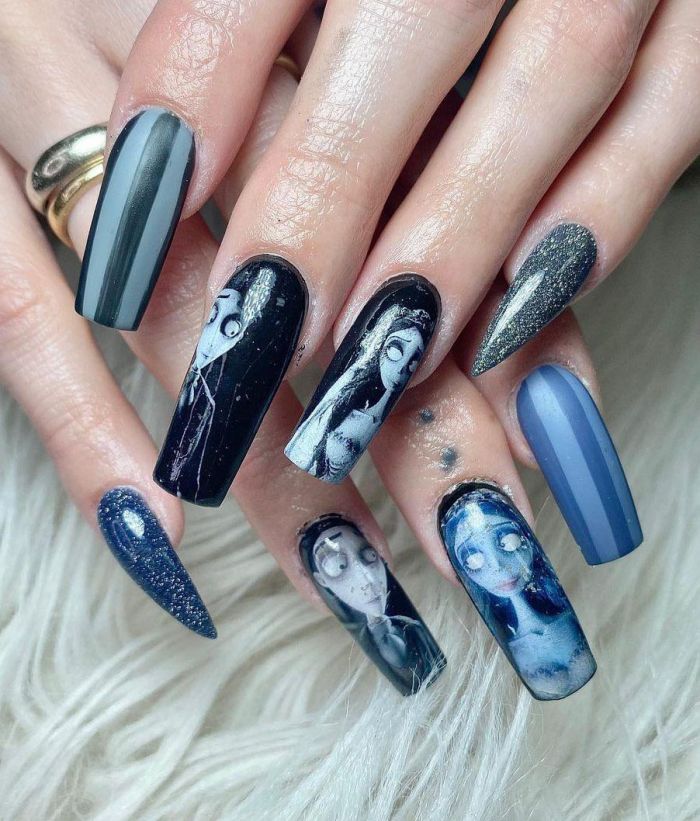 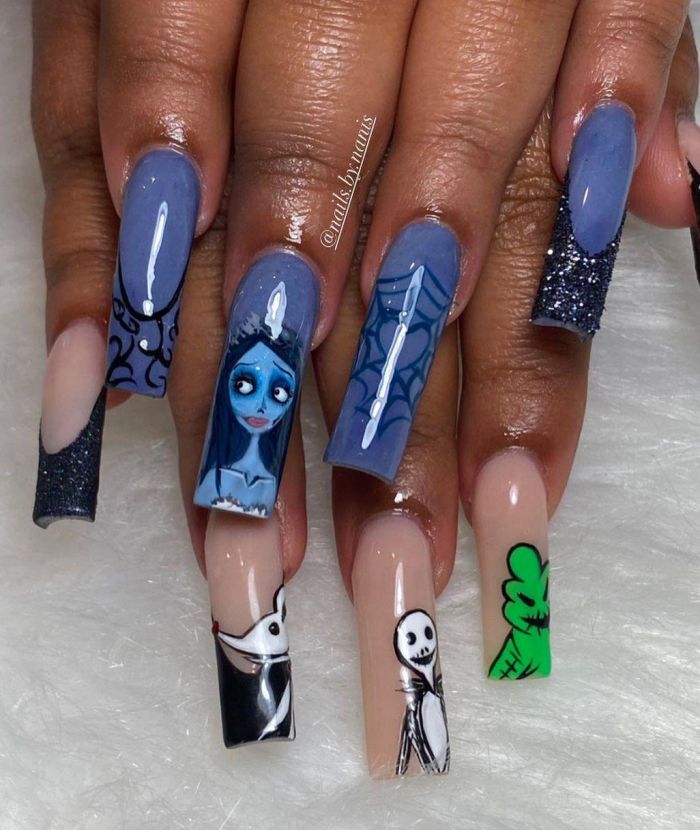 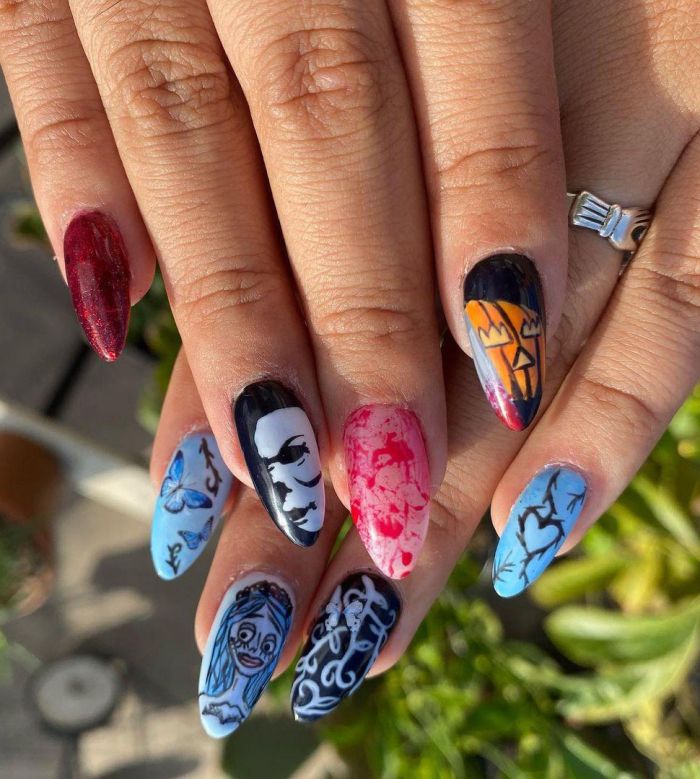 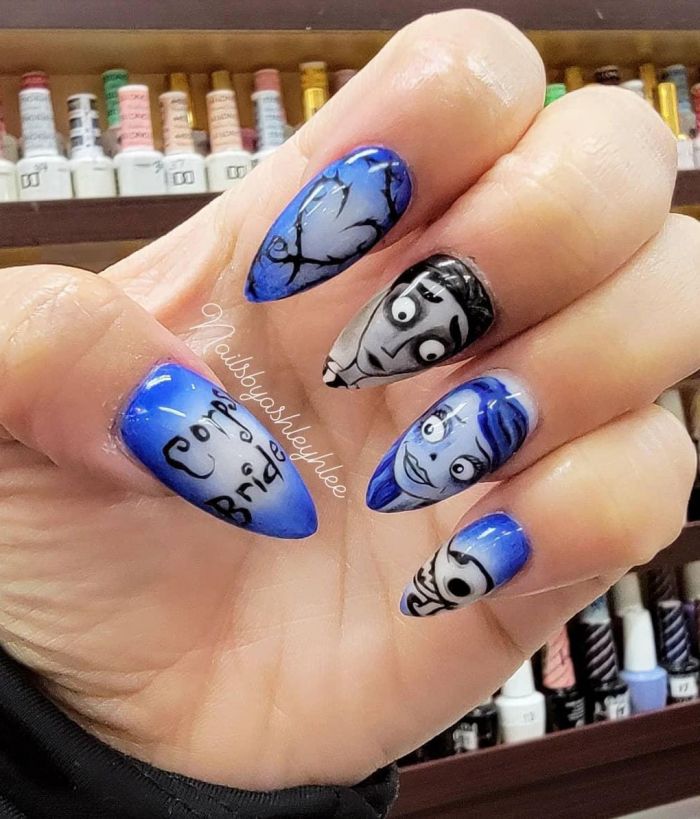 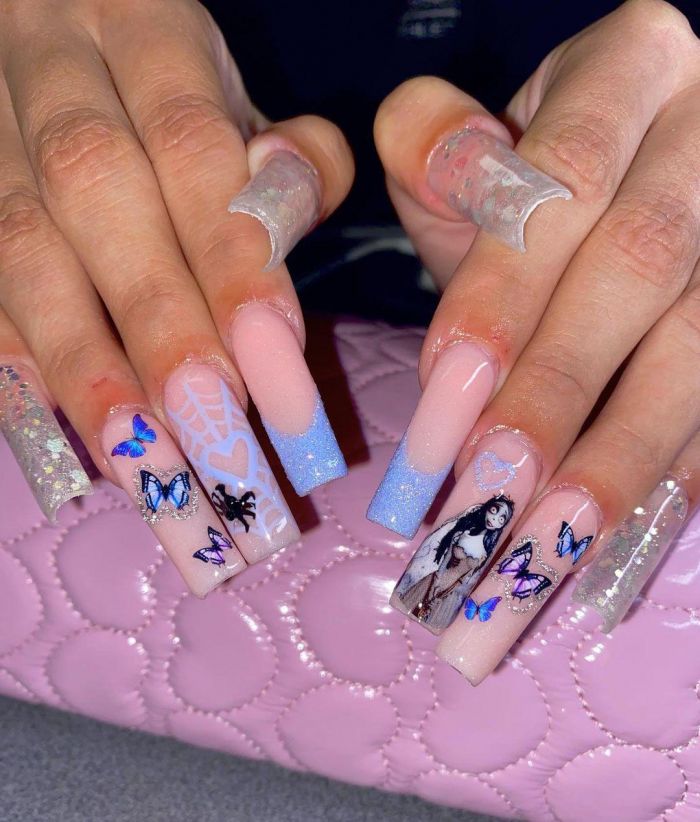 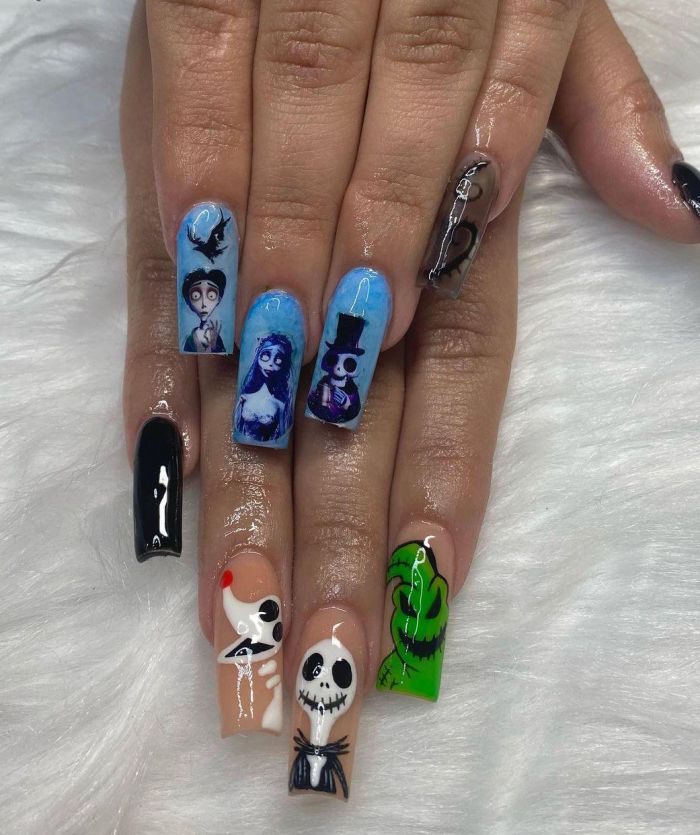 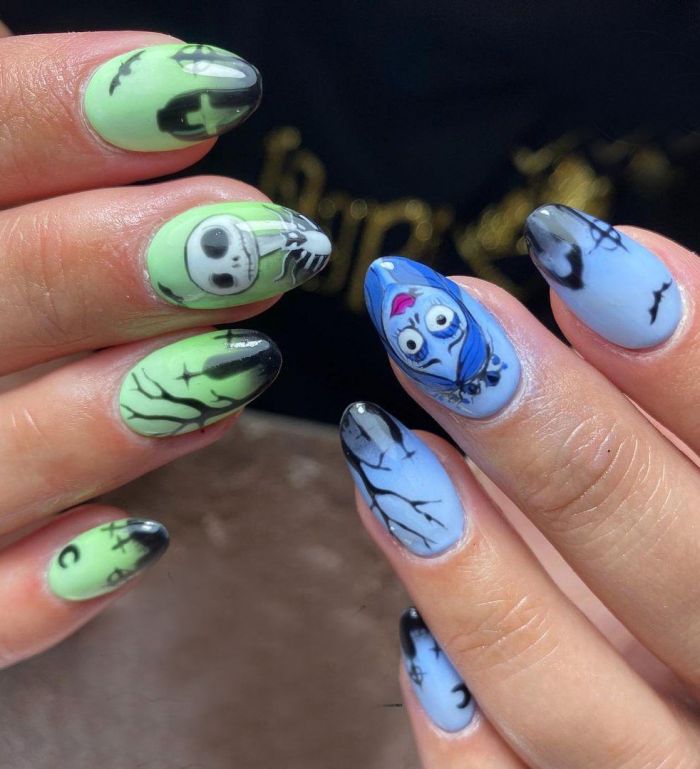 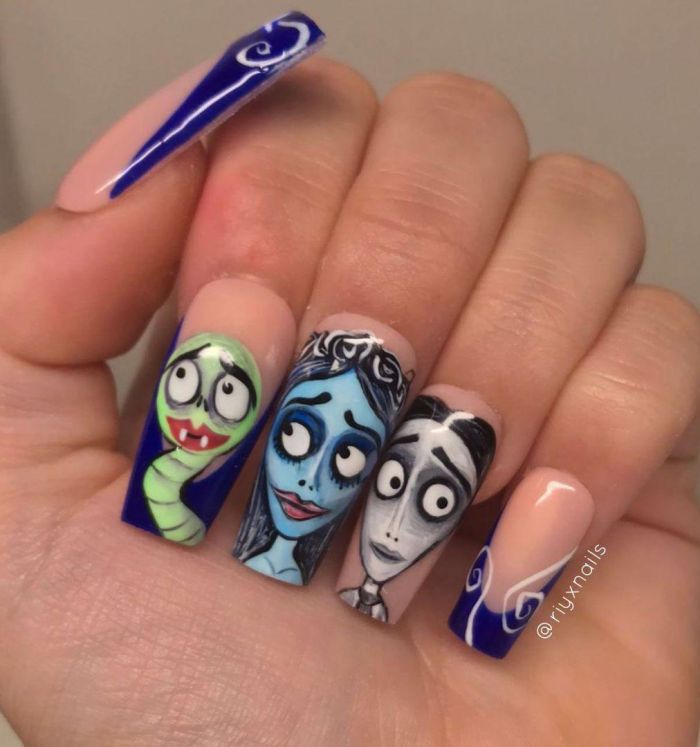 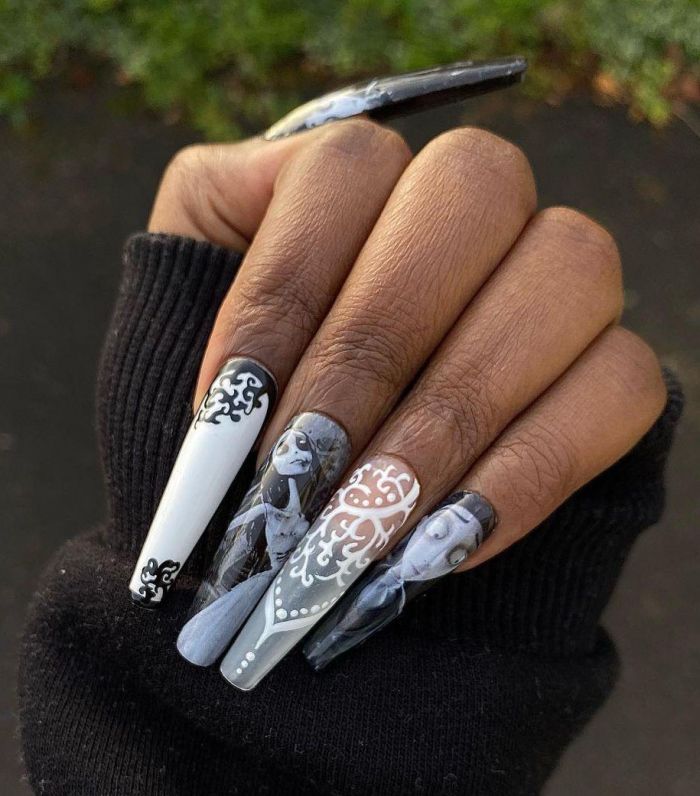