Although there are some differences in the symbolic meaning of crocodile in different cultures, this reptile with coexisting power and danger has always been awe inspiring and endowed with rich tattoo meanings. 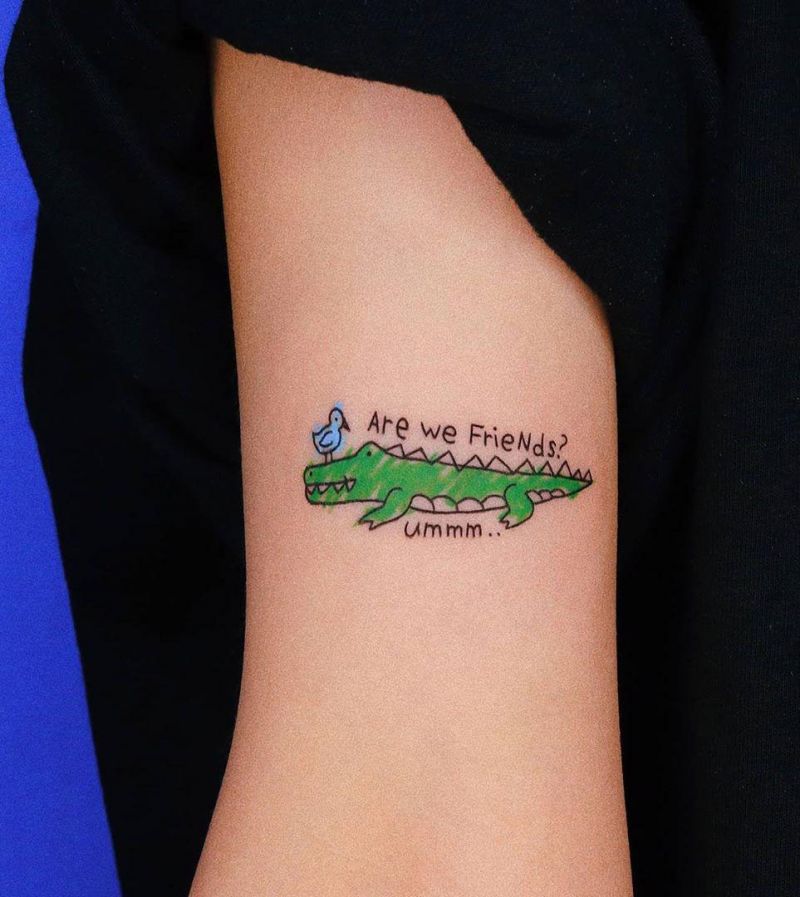