Daredevil, a superhero of Marvel comics, first appeared in the first issue of daredevil (February 1964), which was jointly created by screenwriter Stan Lee and painter bill Everett. His real name is Matt Murdoch. He was abandoned by his mother when he was young and raised by Jack Murdoch, the father of the boxer known as the “flame boxer”, so he realized from an early age that rules were needed to restrict people’s behavior and made up his mind to study the law.

Once, Matt saved a blind man from a full truck, but he was contaminated with radioactive materials scattered on the truck, resulting in blindness, but unexpectedly enhanced his other senses. Later, under the harsh training of the blind martial arts master stick, Matt mastered his super senses and became a powerful soldier. Since then, during the day, Matt is a lawyer, and at night, he puts on a mask and incarnates daredevil to fight crime in the kitchen of hell in New York. 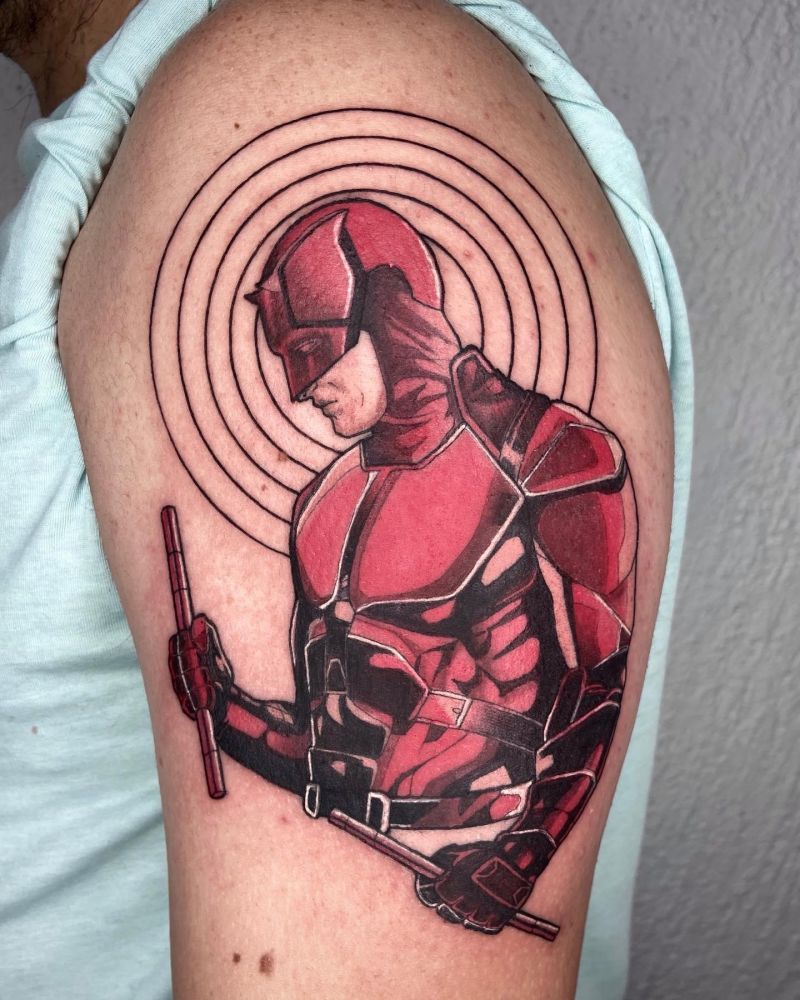