Snakes are more dangerous animals, especially poisonous snakes, which have strong attack ability. However, snakes also have their natural enemies, that is Eagles! Eagles are very powerful at catching snakes, which can be described as second killing.

In myths and legends, the eagle is the sun god, symbolizing the elements of light and power, fire and water. It is a symbol of spiritual strength and courage, fearless in thunder and lightning, but when compared with the snake image, it symbolizes conflict.

Snakes are life on earth. And the eagle is flying in the sky. The tattoo pattern of Eagle catching snake means that potential is inevitable. The eagle has a high will and a prosperous official career. The snake represents the little dragon, which means to benefit from the wind and have the virtue of a gentleman. 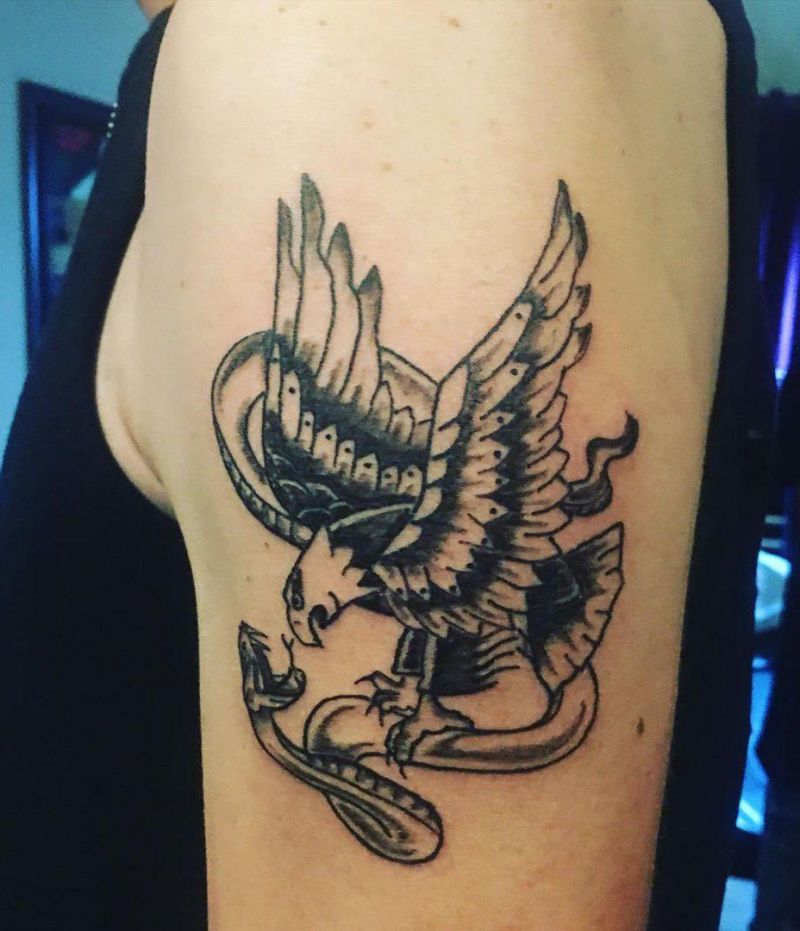