Electric chair tattoo means death and cruelty. The electric chair is a chair type appliance used for electrocution. As the name suggests, the electric chair is a tool that makes prisoners die by electric shock with electric current. It is a death penalty execution tool often used in the United States in the 20th century. When electrocution is used, the prisoner is tied to a special chair. The execution is generally performed by three or more people. There is an electric button in front of them. In fact, only one button is connected to the electrode. This arrangement is to relieve the psychological burden of the executioner, because no one knows who pressed the real button. 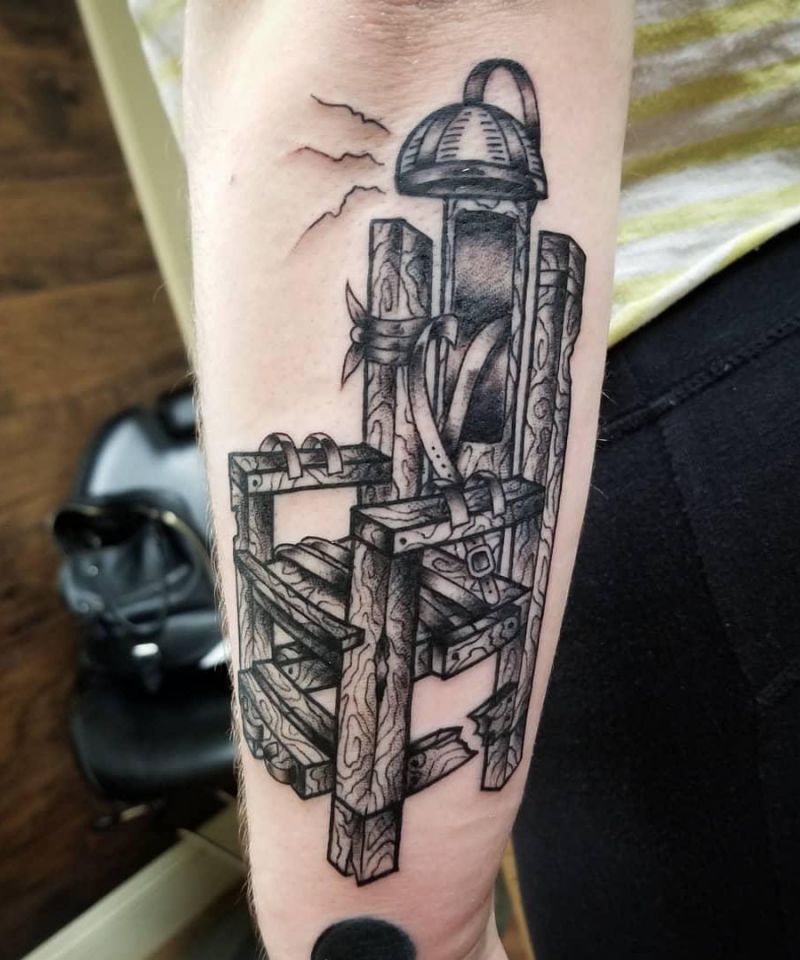