The meaning of Fennec Fox tattoo is to live in the world of love and creation. The Fennec Fox is the smallest fox in the world. It is only the size of an ordinary kitten. They mainly live in the desert areas of northern Africa and Western Asia, and they can adapt to the terrain environment of high temperature and water shortage through continuous evolution. They generally rest during the day and come out to look for food at night.

In terms of appearance, large ears are one of the most easily identifiable features. The body hair generally presents light yellow, which is more conducive to their camouflage in the desert where they live. The face color is relatively lighter. The slender limbs can make them play a more agile hunting. According to different regions, the limbs of Fennec Fox in some regions are light yellow and red, In some areas, Fennec Fox has almost all white limbs. 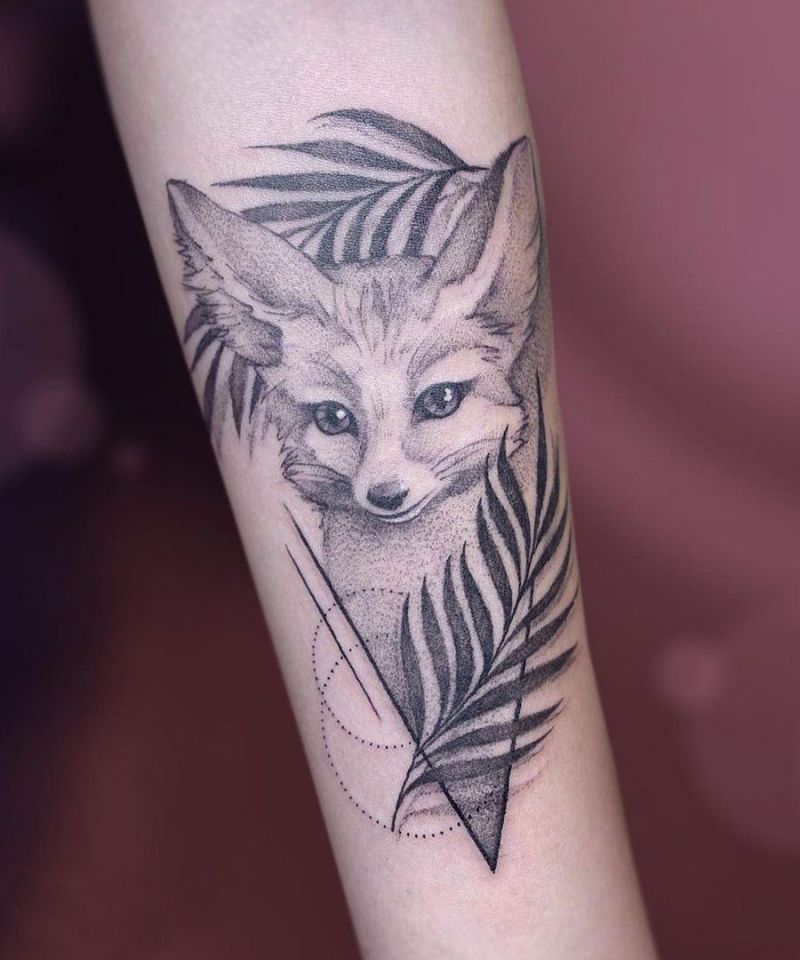