Flame, in the history of human evolution, has played an indelible role. At the same time, the flame also brings light to the darkness. Many people regard flame as a spiritual totem. What is the meaning of flame tattoo?

A single spark can start a prairie fire. The darkness in the middle of the night is boundless, full of profundity and terror. At this time, people yearn for the light, and the flame can change this. The appearance of fire can take care of every corner. So the first meaning of the flame tattoo is to symbolize the light.

After the harvest of crops, in ancient times, people would set fire to the land, and the wheat stalk would be burned into ash to nourish the earth and prepare to be sown again in the coming year. The land would also become more fertile. Among the fairy tales, there are also legends about Phoenix rebirth in the fire. So the flame, sometimes also represents rebirth, represents rebirth. 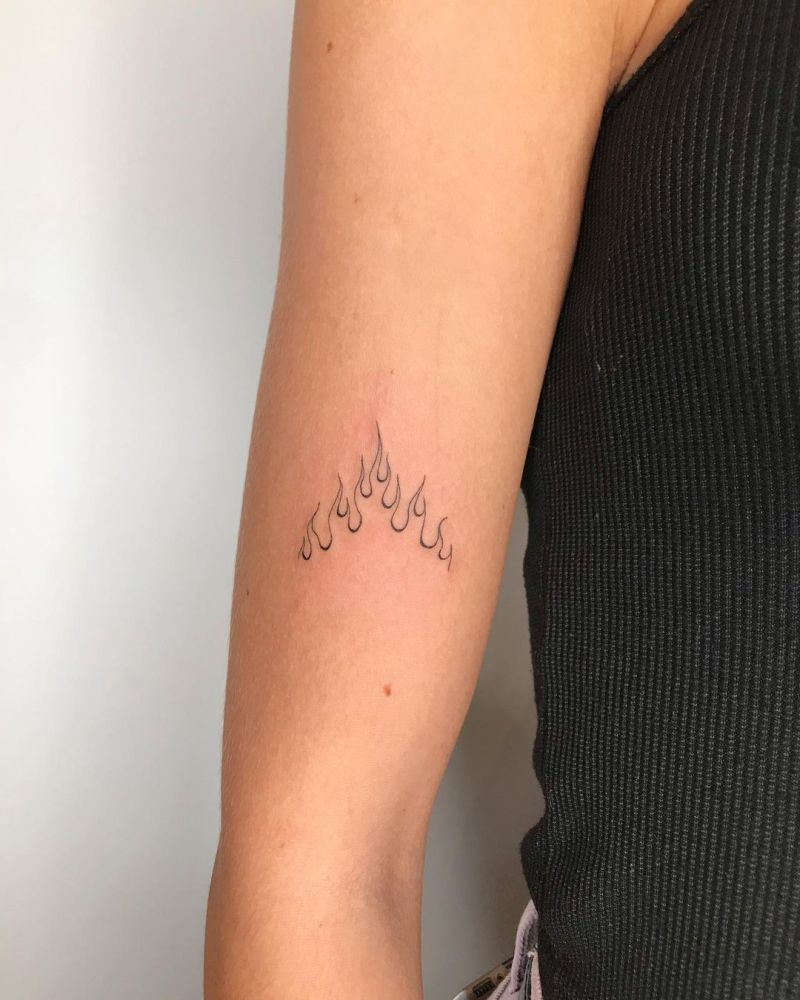