The flower of life is formed by breaking up a circle into many congruent pointed elliptic light wheels. The process is repeated seven times and rotated outward to create a “cell” pattern. And every eighth split is a new outward rotation, and so on, until infinite times, creating the matrix. 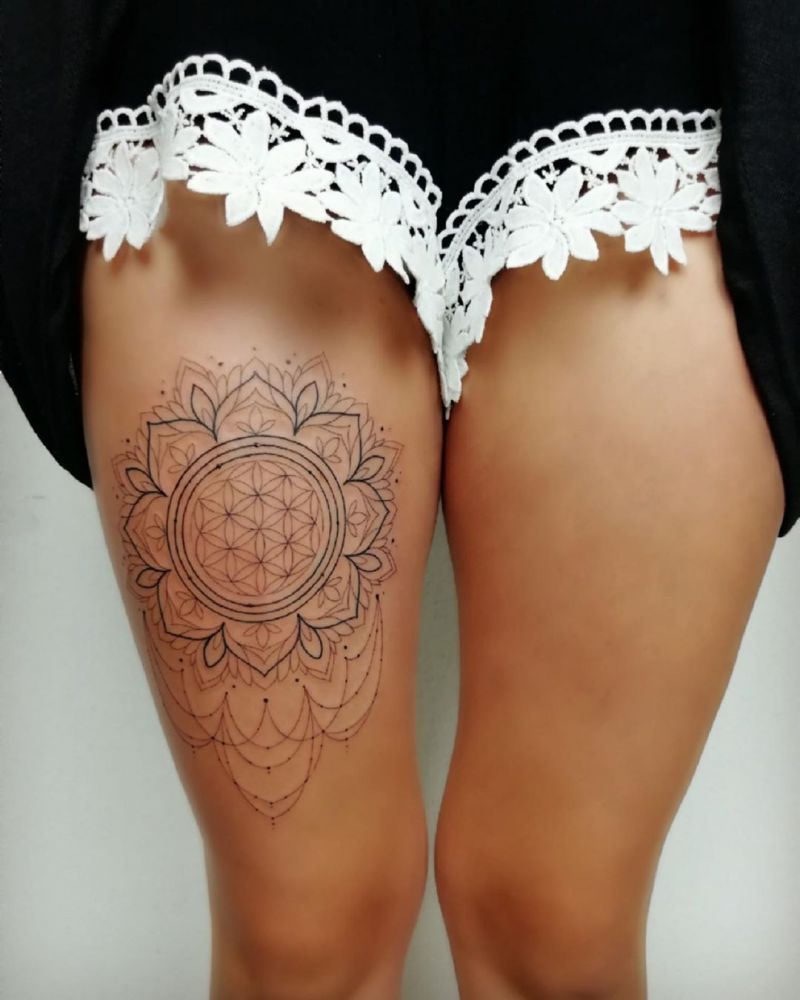