When it comes to gear tattoo design, it is absolutely not suitable for the weaker people, because it has a real and powerful appearance. Gear belongs to the category of mechanical tattoo, which gives people an impression of the internal mechanism of human body from the perspective of skin. Gear tattoos are popular among young and enthusiastic men. They are widely applied to arms, legs and back. In order to have a more realistic appearance, 3D design is often used.

3D mechanical arm style gear tattoo design, Europe and the United States many flower arm tattoo representative works. The whole arm is covered by mechanical gears and metal plates, which is like a perspective of the internal structure of the human body. The copper ink fully shows the charm of mechanical style.

The tattoo design of mechanical gear is mostly owned by men. However, you can still add some tattoo elements with feminine design. For example, the most common rose in European and American tattoos is used by this gear flower arm, which also includes the design of skull. The combination of these two elements is often a symbol of death.

Gear and clock design, clock seems to hang on the gear, this is a relatively rare design idea. Gears and clocks usually symbolize the passage of time and life. They are the best remembrance of the past. 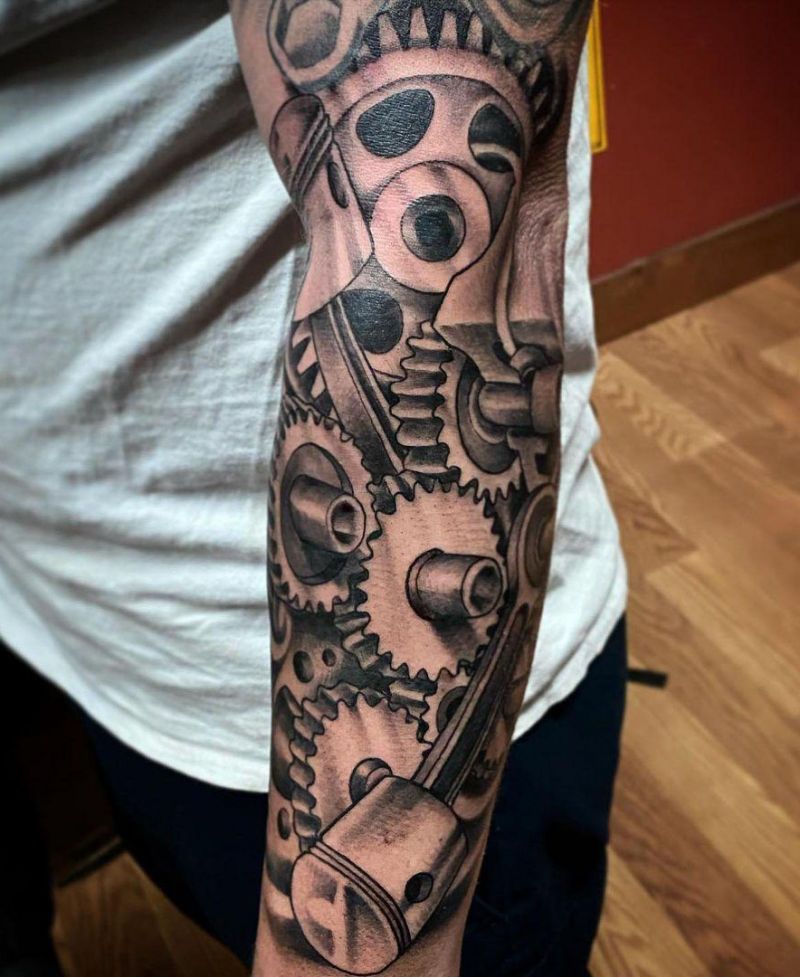