Animal skull pattern is a common tattoo element, they are used in a variety of cool tattoos, goat skull tattoo is one of the typical representatives. Goat skull is an ancient symbol. In Chinese Tibetan culture, it is regarded as a deity and the protector of Tibetans. It is often hung at home. In the mysterious western world, it is the representative of Satan and the symbol of death. In the 12 constellations, Aries is the use of sheep’s head as a symbol, a symbol of independence and positive.

Aries is a beautiful constellation, with the head of the sheep as a symbol, is the most correct way. Aries uses Mianyang head and goat’s horn, which symbolizes an independent and positive attitude towards life. Their inner world is very kind and generous. It is also very meaningful to put this kind of constellation tattoo on their body. 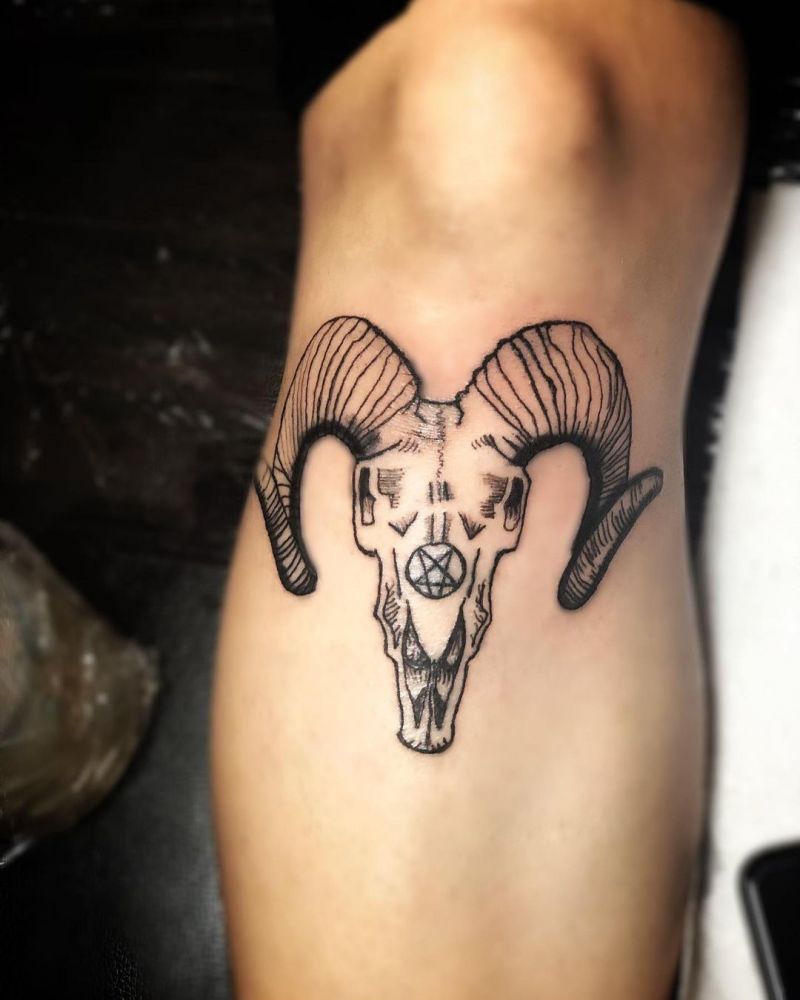