Gypsy is a nickname for the Roma nation, but most Roma think it has the meaning of discrimination. The general Gypsy family consists of a couple, children and a married son. They live in a convertible and wander around, and the most interesting one is the gypsy girl. In history and culture, Gypsy girls are famous for their mysterious images. They generally rely on divination for a living, with uncertain whereabouts and generous and unrestrained clothes. Now, as a popular tattoo, it is cool to tattoo Gypsy girls’ patterns on their bodies.

The original Gypsies came from northern India. They were a nomadic tribe, but around the 14th century, they spread all over Europe, mainly trading, divination and seasonal work. Nowadays, Gypsy has a broader meaning. People use it to describe self-sufficient, unrestrained and free travelers.

Gypsy girls have unique attraction, which depends on their mysterious divination power. For the Gypsy Girl Tattoo, it more symbolizes the spirit of distinct personality, daring to love and hate and yearning for freedom. In her tattoo patterns, people often use traditional clothes to show her head and shoulders, and rarely choose to show her as a whole. 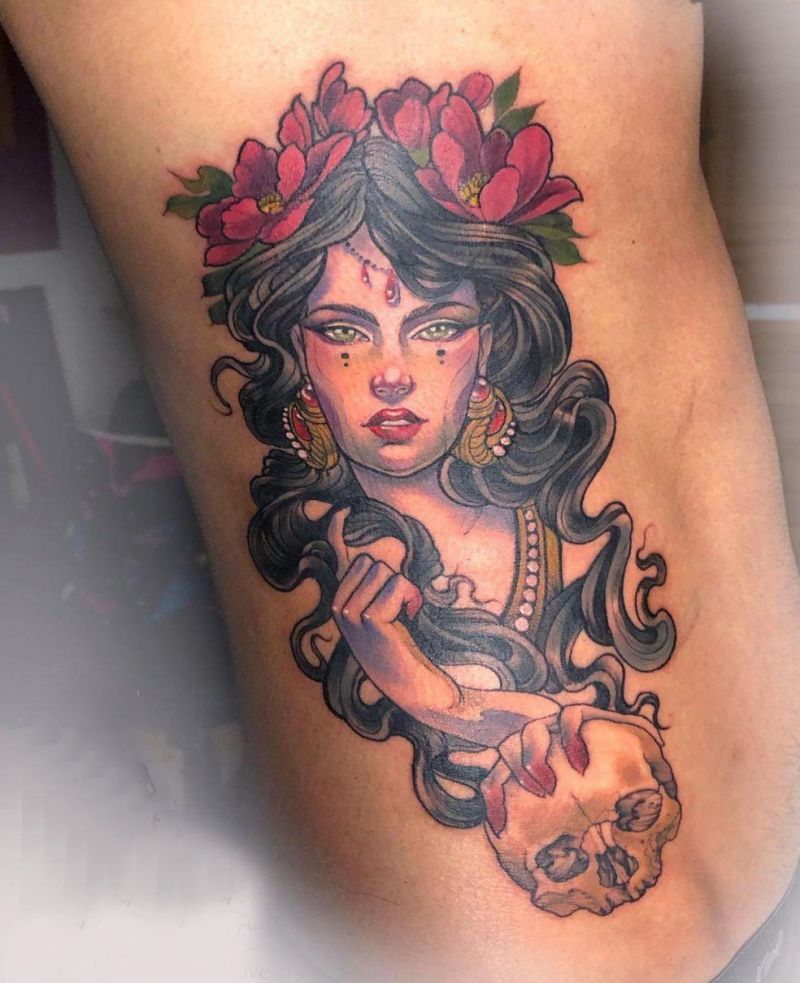