Harp is a large plucked instrument. Harp is one of the oldest plucked instruments in the world. It originated in ancient Persia (Iran). According to ancient Egyptian records, this instrument appeared in 3000-4000 BC. It was shaped like a bow with strings.

The early harp only had strings arranged according to the natural scale, and its tonality was limited. The modern harp was designed by French piano maker s. eilard in 1810. It has 47 strings of different lengths. Seven pedals can change the pitch of the strings and play all the tonality. 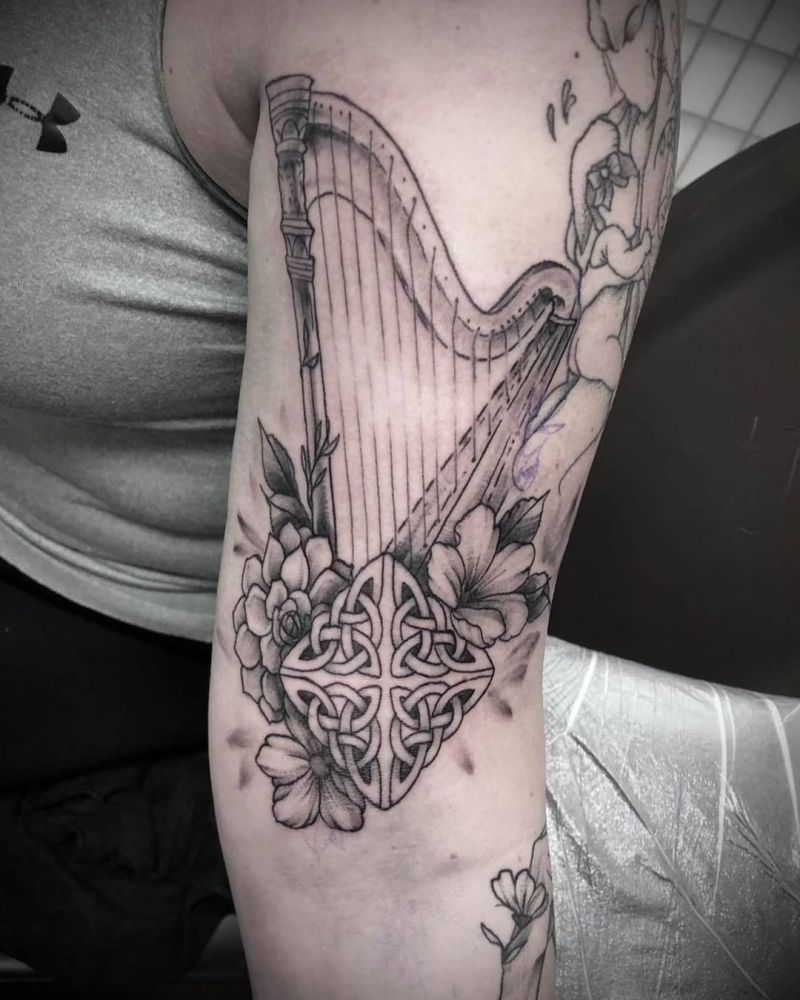