Hathor tattoo means love, beauty and wealth. In ancient Egypt, the goddess Hathor contained two powerful colors: red and gold. When she turns into Sakhmet, the tyrannical god of war, she is associated with the red light, and is generally depicted as a lion headed woman wearing a blood red skirt.

In ancient Egyptian terminology, red is a dangerous color, and a ritual called “breaking the red bowl” is a way to resist evil. Hathor is also known by some as the “Golden Goddess” because she symbolizes the golden light of the sun. 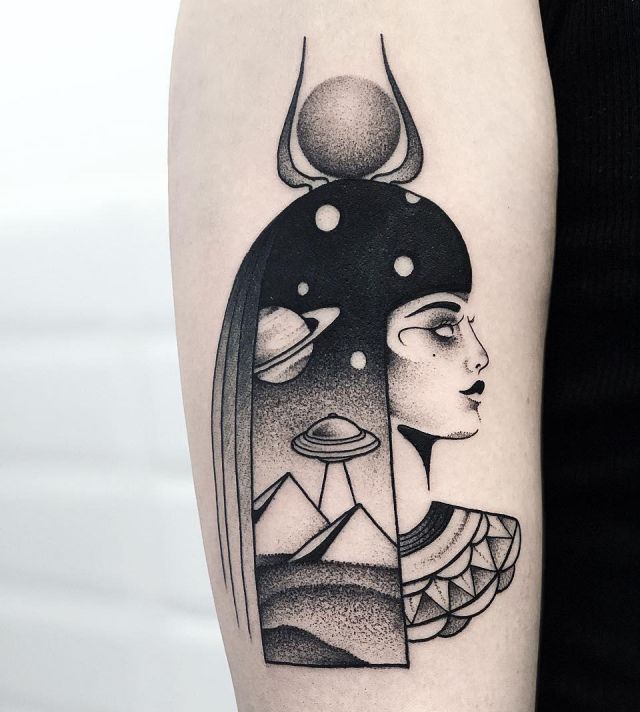 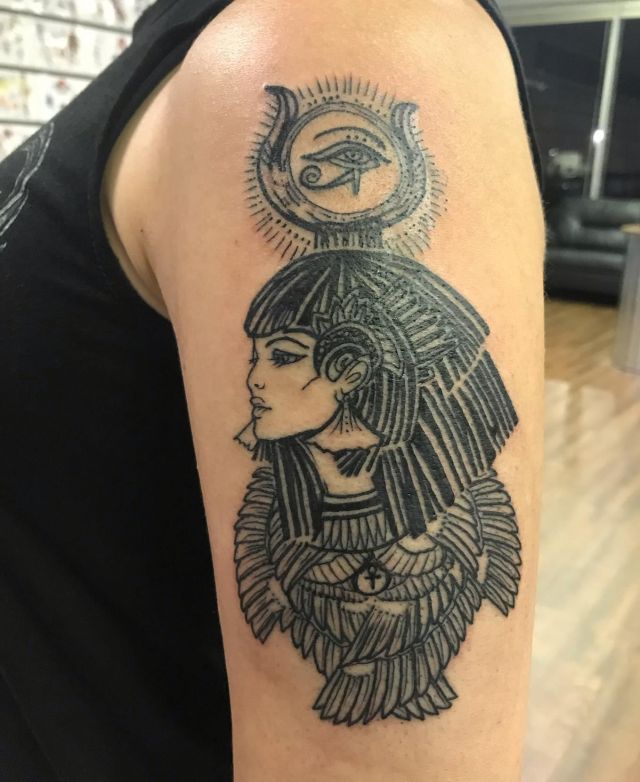 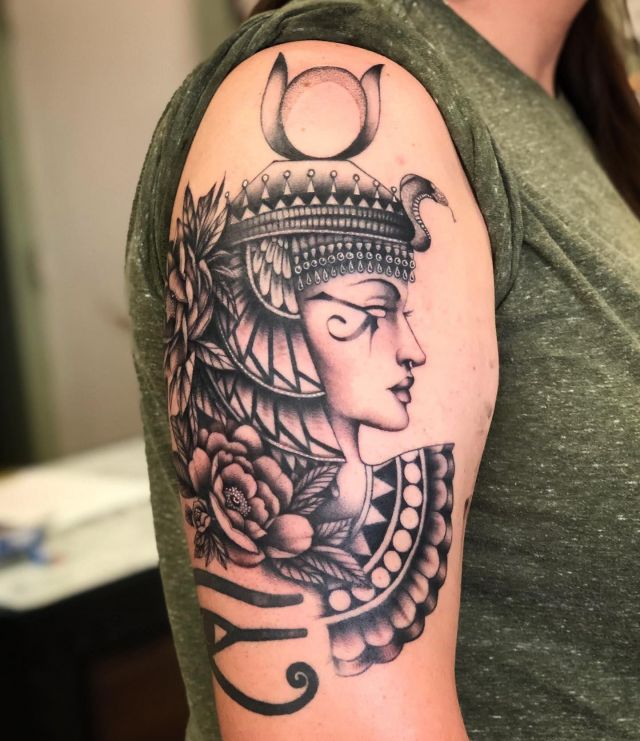 Pyramid and Hathor Tattoo on Arm 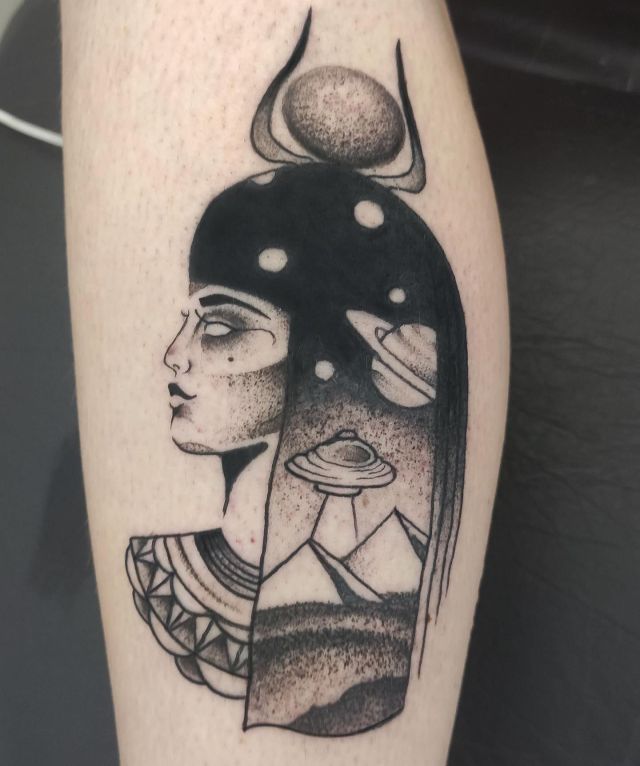 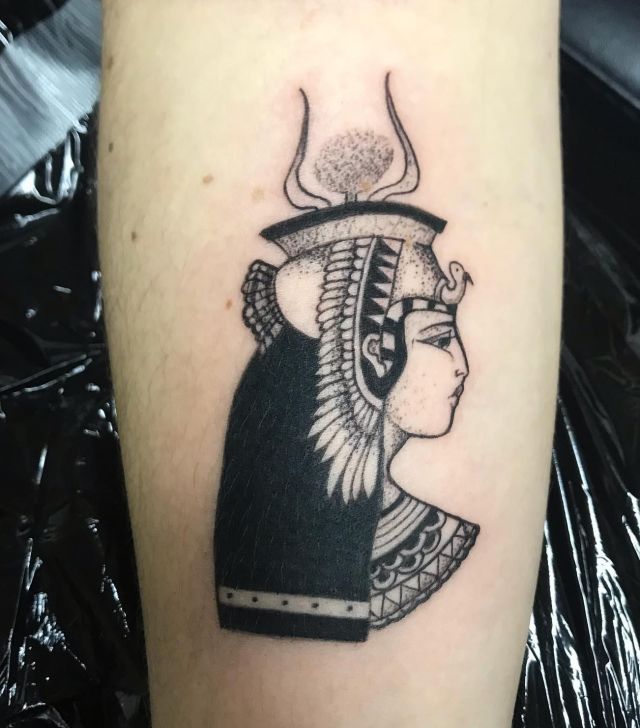 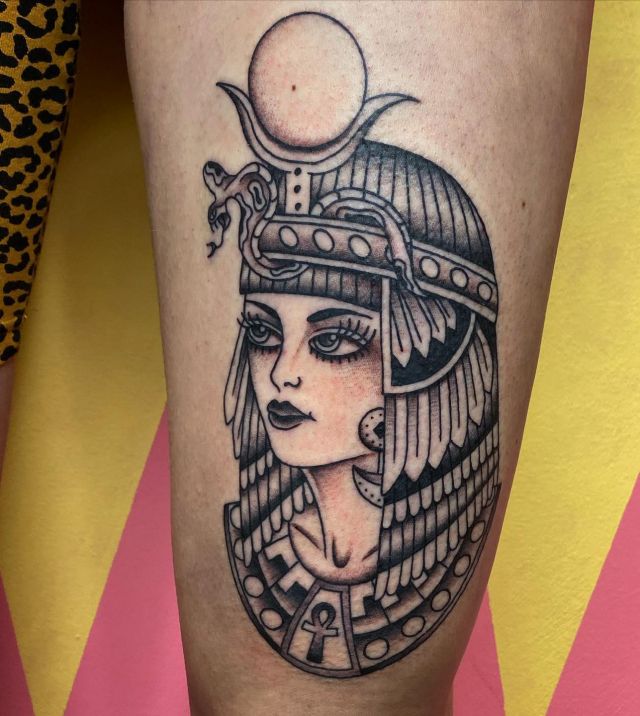 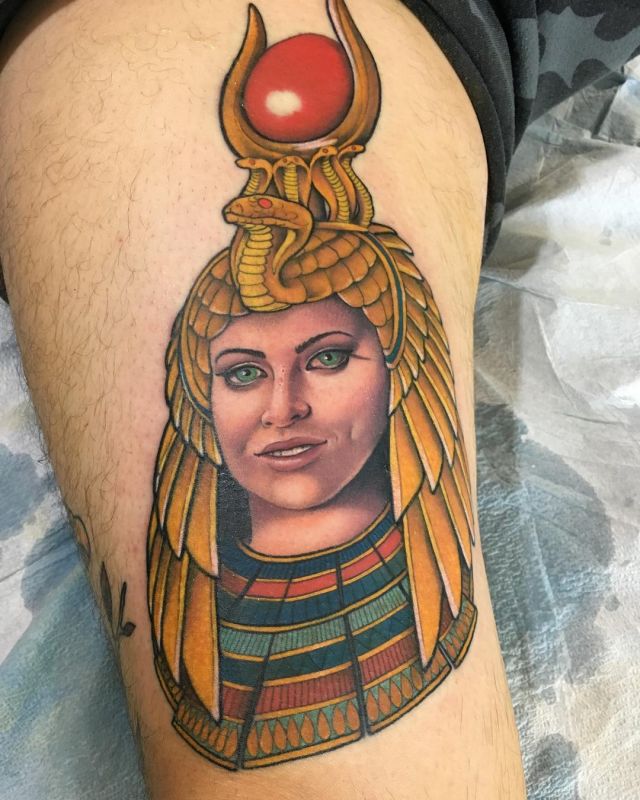 Elegant Hathor Tattoo on Back 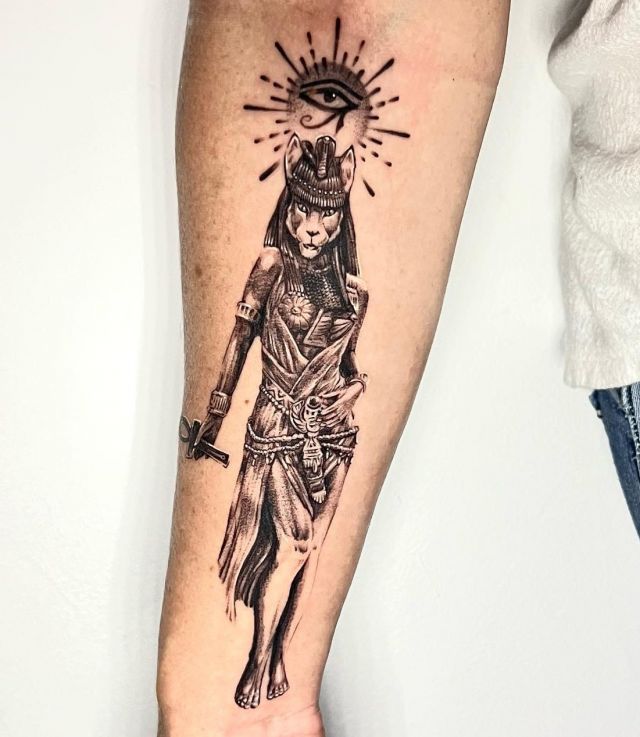 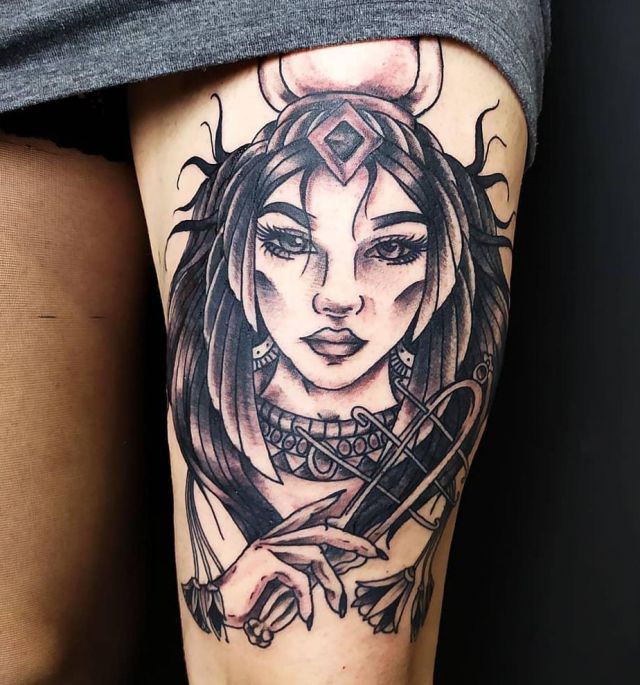