Jackalope is a rabbit like creature in American legend. It can be referred to as: gagarop, the long horned rabbit in North American legend. Douglas, Wyoming, is believed to be the birthplace of the staghorn rabbit legend; according to legend, Jackalope was first seen in 1829. There is even a Jackalope Festival, which is usually held in June. 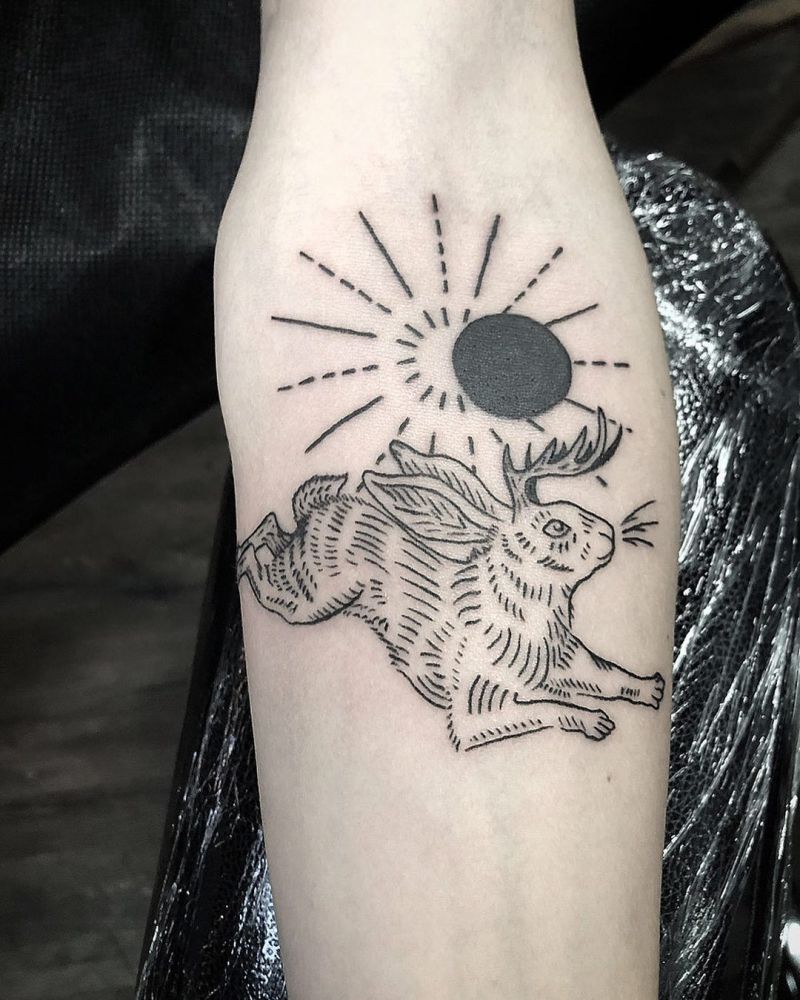