Sikhism is developed from the basis of Hindu pious sect and influenced by Sufi sect of Islam. He thinks that God is the only God, the truth and the creator. God is invisible and omnipresent. Sikhism was founded in Punjab, northwest India, by Nanak in the late 15th century. It sprouted in the exchange between Hinduism and Islam during the Mughal Dynasty, and later developed into an independent religion due to the development of the Hindu devout movement.

The religious symbol of Sikhism is Khanda. The center of the symbol is a “double-edged sword”, which symbolizes the creative power of God, controls the fate of the whole universe and controls the reincarnation of life and death. One of the knives symbolizes the sacred justice, which is used to punish the sinners and oppressors; The other knife symbolizes the power, moral and spiritual value of freedom. The sword on the left symbolizes “truth and spiritual sovereignty”; The sword on the right symbolizes “religious knights and political sovereignty”. The middle circle, also known as the “chakra”, is the symbol of “holiness”, which means that there is only one God and contains all things, representing endless, eternal and absolute. The whole symbol also has the combination of humanistic spirit and immortal divinity, which is also the symbol of judicial unity. 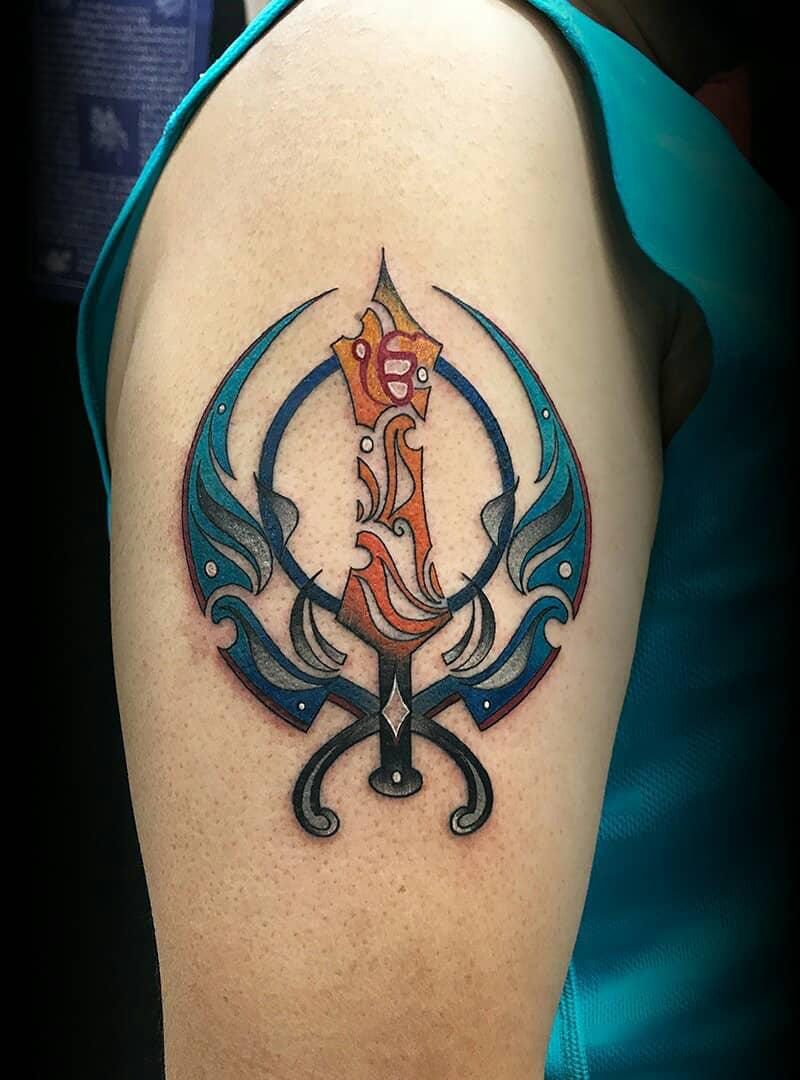