Kookaburra is a fish eater of the family Kingfisher family, which has a body length of 42-46 cm, mouth length of 8-10 cm and weight of 500 g. It is one of the two largest Kingfisher species in the family and the big fish dog. It was named after its roar like a laugh. Kingfisher has a big white head and a small brown cap on top of it. There are brown patches on the cheek. Beak is big and powerful, black. Upper body gray brown, abdomen gray white intersection. The male has blue wings for identification. The chest and abdomen are white, with long tail, brown and black. Legs short gray.

Kookaburra is considered one of Australia’s iconic birds and is considered a mascot at the Sydney Olympics. Kookaburra lives in clusters, each of which consists of 1-5 families, with several parents and their two generations of children. Kookaburra has a strong concept of territory. If there are foreign enemies who violate them, they will come out and attack invaders, even dare to deal with Raptors such as the eagle. Protect your field all year. Because the kookaburra can be heard in the morning or at sunset, it is called “clock of the people in the forest”. 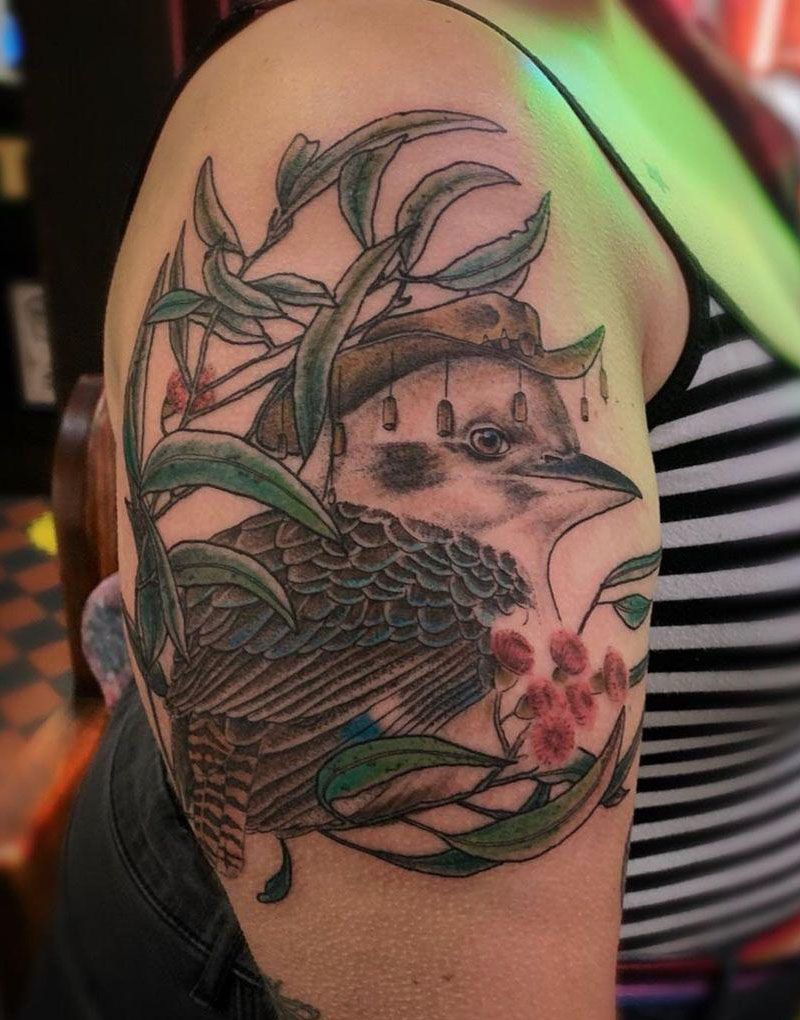