Labunu tattoo means prosperity. Labunu means four heads or four ends in Basque. Labunu’s history is relatively short and may begin with the medieval European doctor Paracelsus, because he gave this symbol the function of healing the soul. At the end of the 16th century, a large number of labunu patterns appeared in wooden boxes and tombs of Basque decorative art.

In modern times, labunu is considered to be related to Aryan Wan characters. Sabino Alana, the father of Basque nationalism and founder of Basque Nationalist Party, interpreted the labunu pattern as a symbol of the sun. Basque nationalists used labunu as their epitaph instead of the Christian Cross. At present, labunu is used as a Basque symbol, decorated on flags and badges of political organizations. 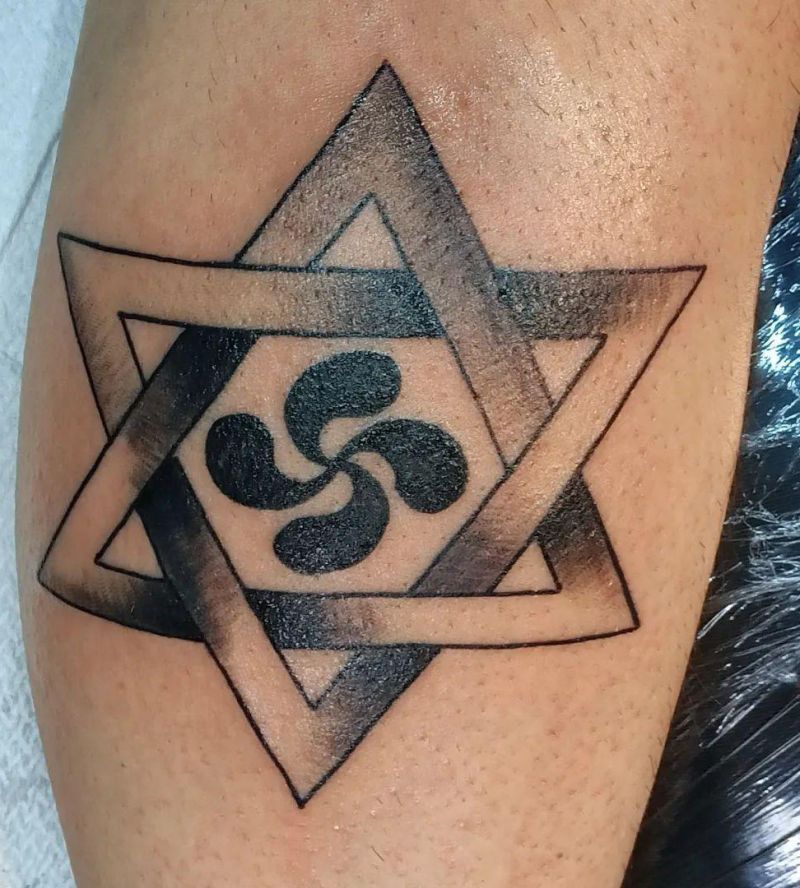