Penrose triangle is called “the most pure form of impossibility”. It integrates the vertex angles of three triangles from different angles into a whole. Therefore, the plane that should be a plane has been twisted, and such a triangle cannot exist in the three-dimensional world. 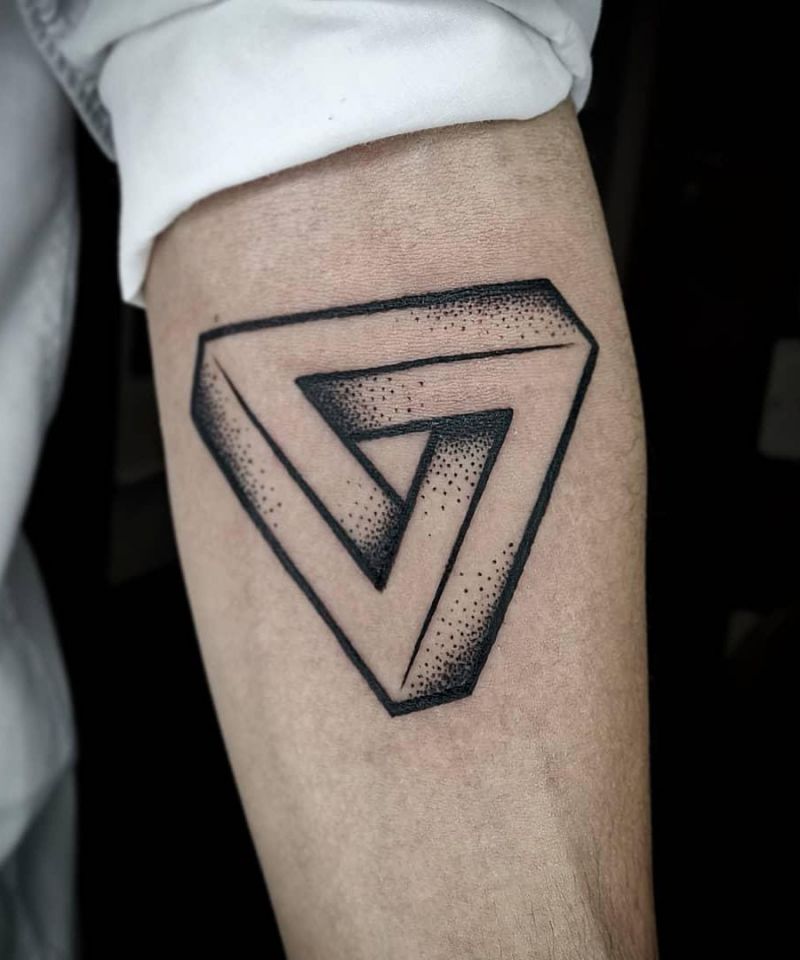