Quail is small and round in shape, and its plumage is usually dim. The difference between male and female is not obvious. The body is small brown with obvious grass yellow spear like stripes and irregular stripes. The upper body of both sexes has reddish brown and black stripes. The male’s chin is dark brown, and the midline of the throat is curved upward to the ear feather, close to the skin yellow collar. The Yellow eyebrow pattern of the skin was obviously compared with the brown top of the head and through the eyes. Female birds also have similar patterns, but the contrast is not obvious.

Often in pairs rather than in groups. It often lives in the plain, wasteland, stream side, hillside and hilly area with dense weeds or bushes, and sometimes near cultivated land. They eat a large number of insects, such as small shoots, seeds of vertebrates, small crops, beans and so on. It is distributed in Europe, Africa, Asia and Australia.

Quail’s living habits like to embrace the nest and love home, so it also has the meaning of home and reunion. Quail is charmingly naive and vigorous, so it takes the symbolic meaning of its peace and auspicious blessing. 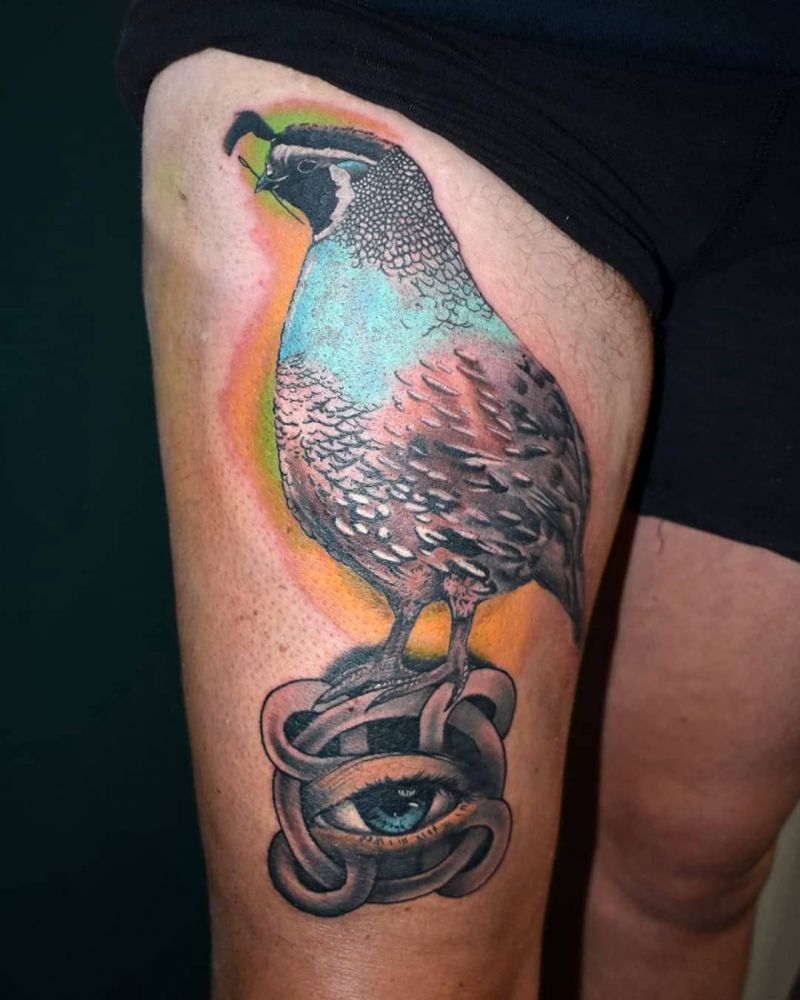