The meaning of steam engine tattoo is the spirit of exploration and innovation. Steam engine is a reciprocating power machine that converts the energy of steam into mechanical work. The emergence of steam engine once caused the industrial revolution in the 18th century. Until the early 20th century, it was still the most important prime mover in the world, and then gradually gave way to internal combustion engines and steam turbines.

The steam engine needs a boiler that boils water to produce high-pressure steam. This boiler can use wood, coal, oil or natural gas and even combustible waste as heat source. Steam expansion pushes the piston to do work. 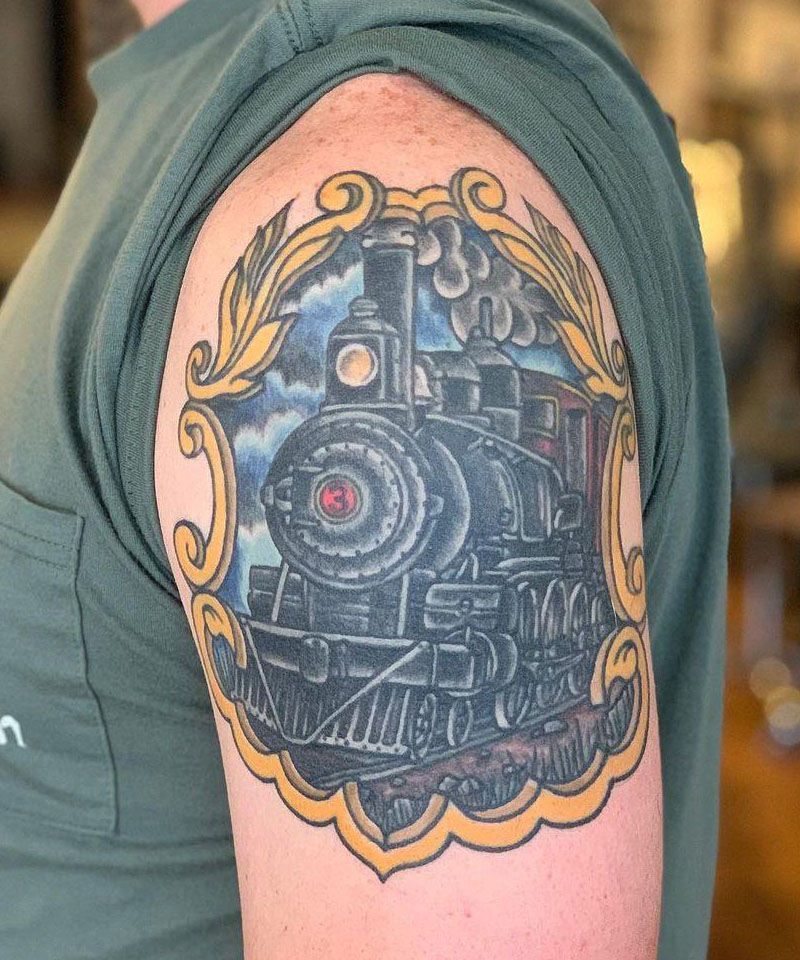