Devil trap is a mysterious symbol that can control and weaken the devil, and can also hinder and prevent the devil from entering a certain area. All the known devil traps in supernatural come from the lesser key of Solomon, a mystical work written in the middle ages, which contains all the rituals and magic to summon and control demons and angels.

The pentagram was not recognized in early Christianity because it was a mysterious symbol invented by King David, who was quite controversial in the Bible. It represents infinity (you can look at the pentagram repeatedly, and you will find that it will become a circle. The circle originally means no beginning and no end). It is said that King David used it to recruit all kinds of elves and even demons (which is quite controversial) to create an unprecedented era. 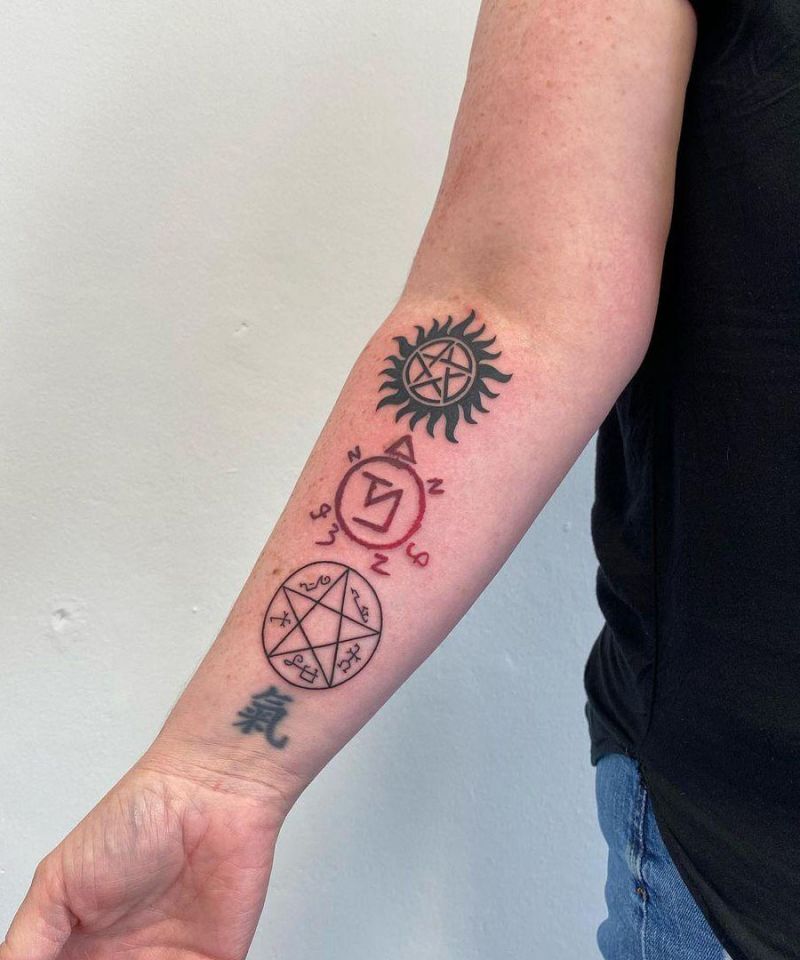