Tangram is an ancient Chinese traditional intelligence toy, as the name suggests, is composed of seven boards. The seven boards can be combined into many shapes (more than 1600 kinds), such as triangles, parallelograms, irregular polygons. Players can also put them into various characters, images, animals, bridges, houses, towers, etc., as well as some Chinese and English letters. 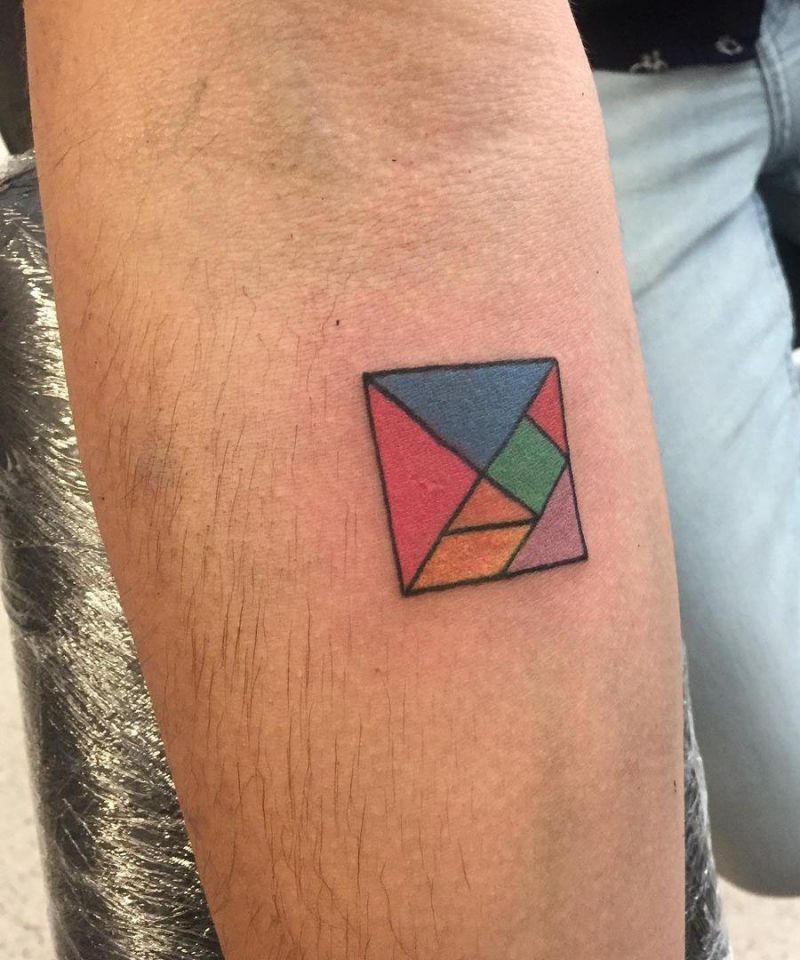