The all seeing eye is also called the omniscient eye, the eye of God, the eye of Providence and so on. It means that “God” monitors the eye of human beings, and the triangle represents the trinity of Christianity. The omniscient eye represents the “God’s” eye for monitoring human beings. The common form is an eye surrounded by a triangle and a great light. It is widely known for its appearance on the back of the national emblem of the United States and a dollar bill. 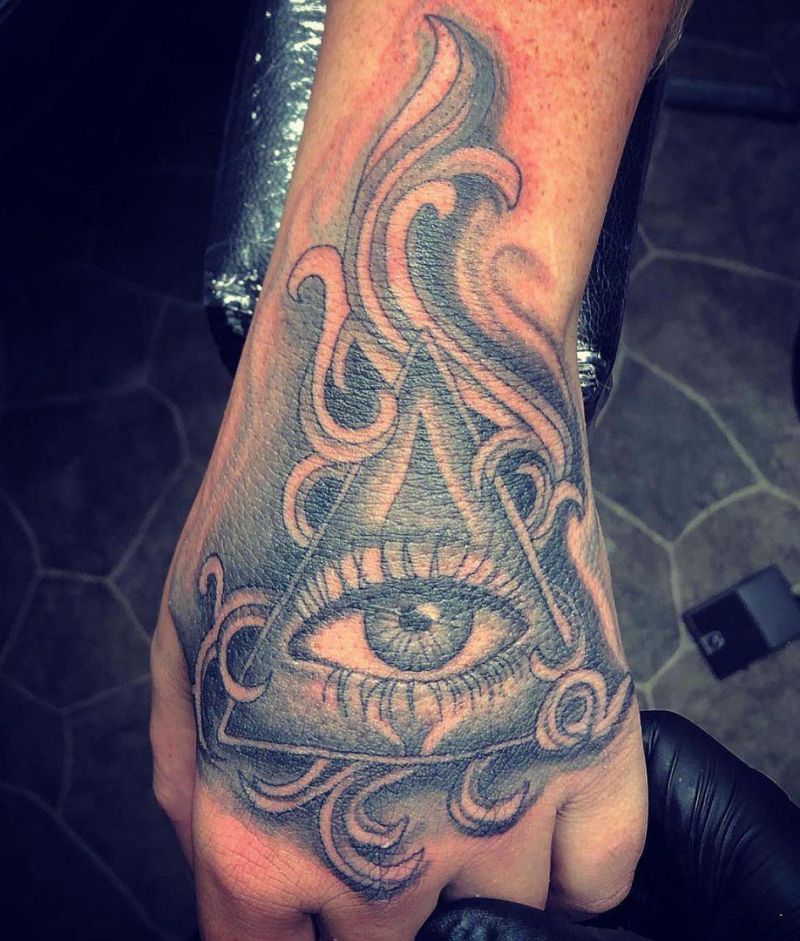