Troll tattoo means the happiness of childhood. Troll Doll was founded by Danish Thomas dam in 1959. Local children loved it very much after seeing it, so dam began to sell this doll locally. With its bright hair and lovely face, Troll Doll began to be popular in Western Europe in the 1960s, and appeared in the United States in 1963. Later, it gradually appeared in American Life magazine and Time magazine, becoming a symbol of popular culture.

Troll Doll also appeared in the movie toy story, but it can be said that he is a super substitute. He has no lines and no expression changes. Perhaps because of the big sales of Toy Story 3, DreamWorks has recently focused on the field of “toys”. It is reported that they plan to shoot a film with the theme of the classic toy “Troll Doll”. 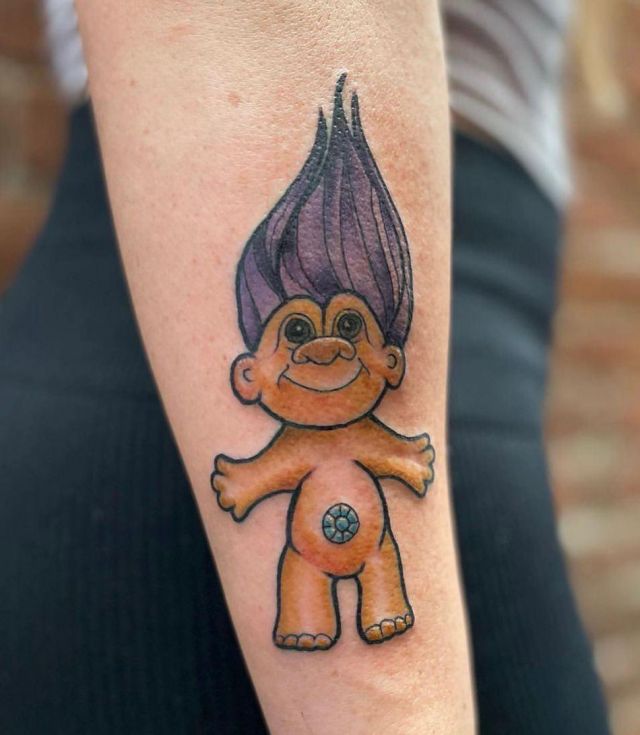 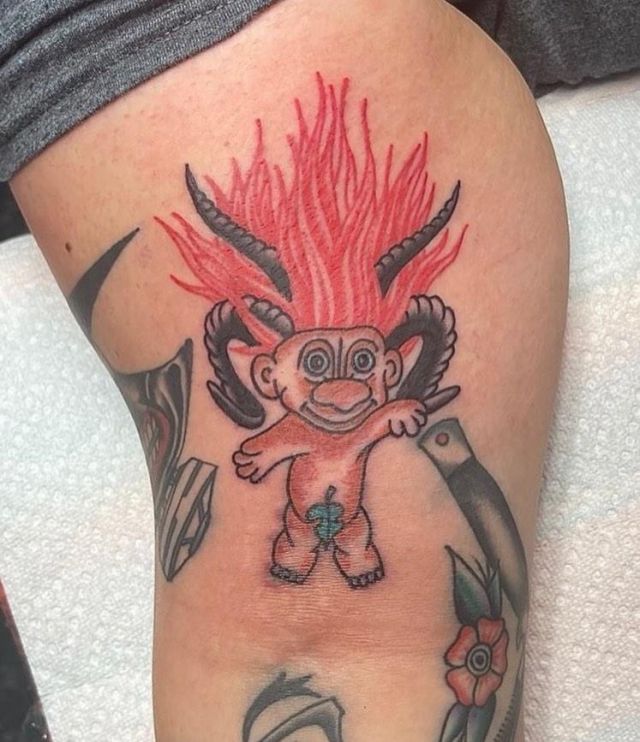 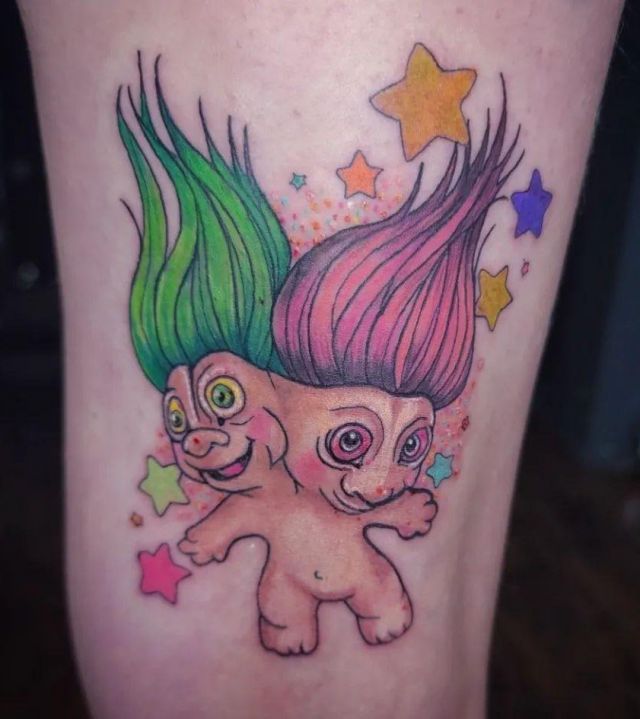 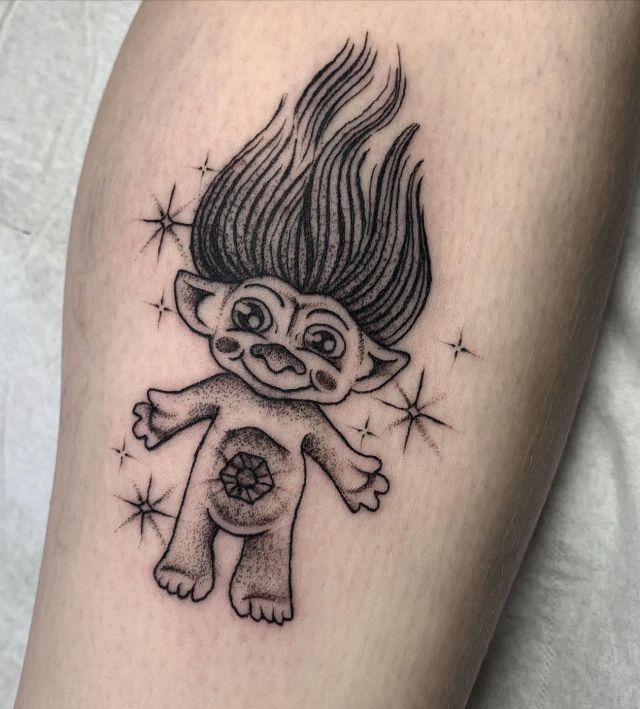 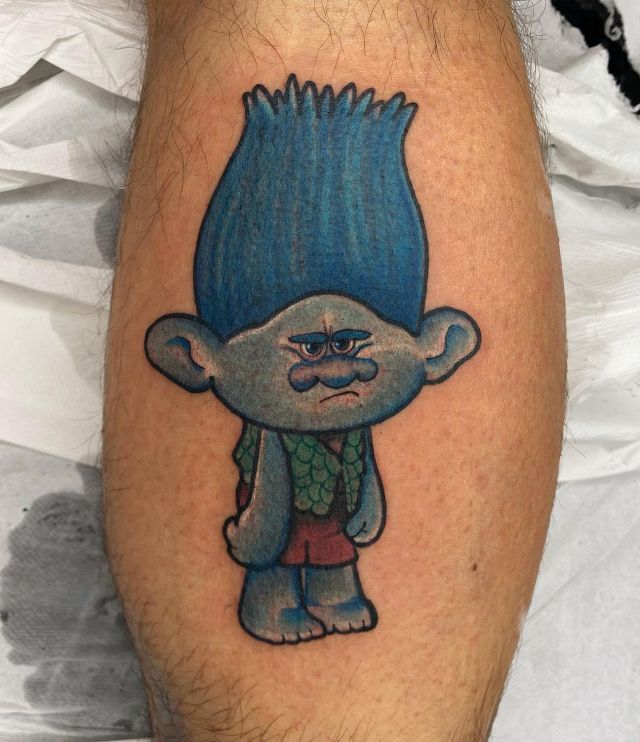 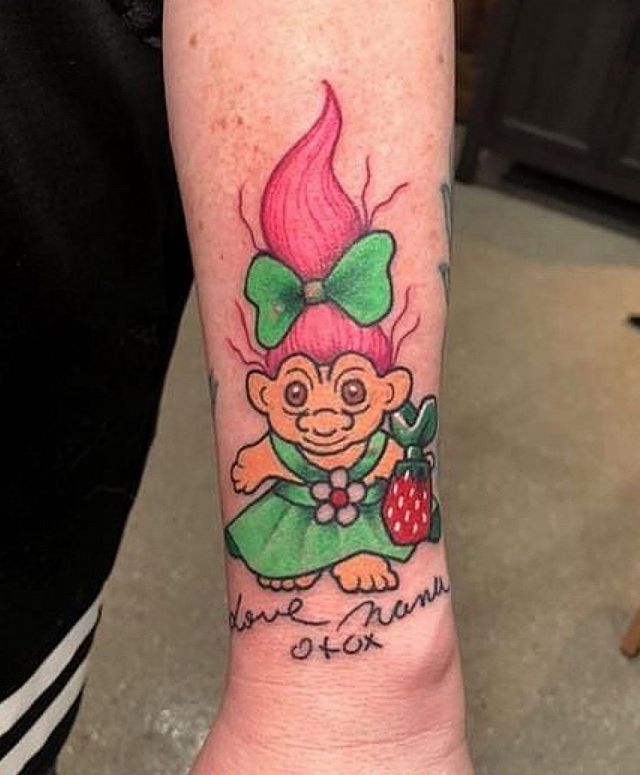 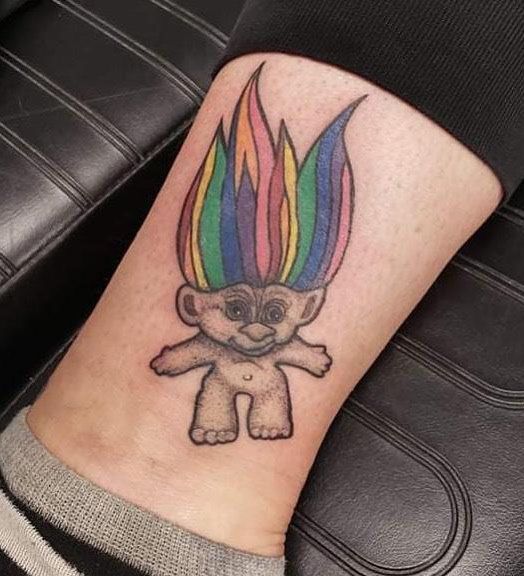 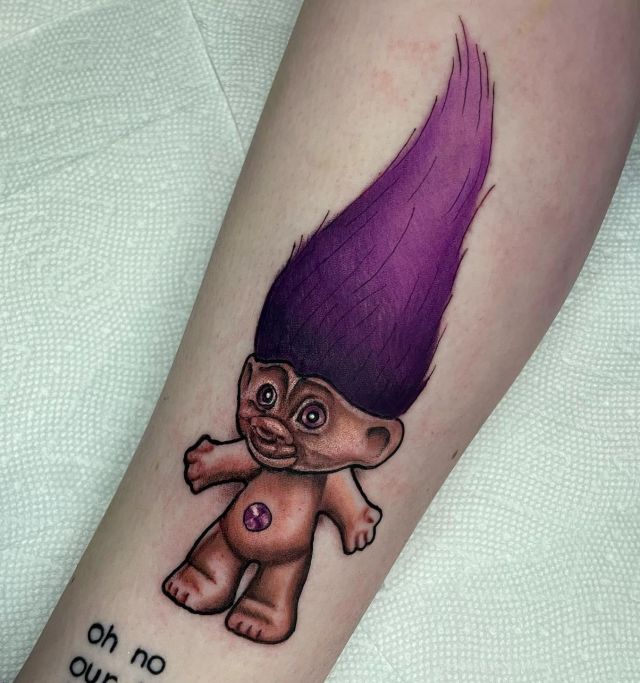 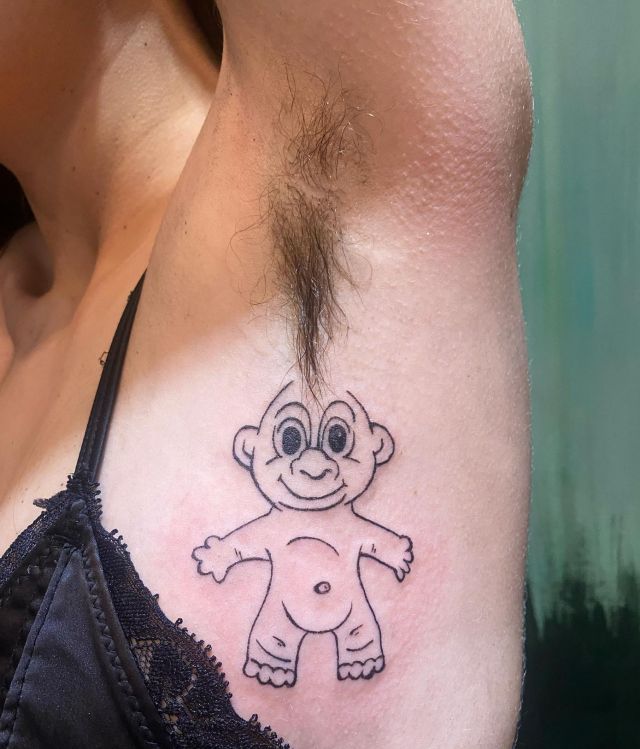