The circle in the middle of the light connects the light together, representing love and life. “Four” is the auspicious or sacred number of the Zia. The flag of New Mexico consists of a red sun symbolizing Zia on a yellow land. It was designed in 1920 and officially launched in 1925. 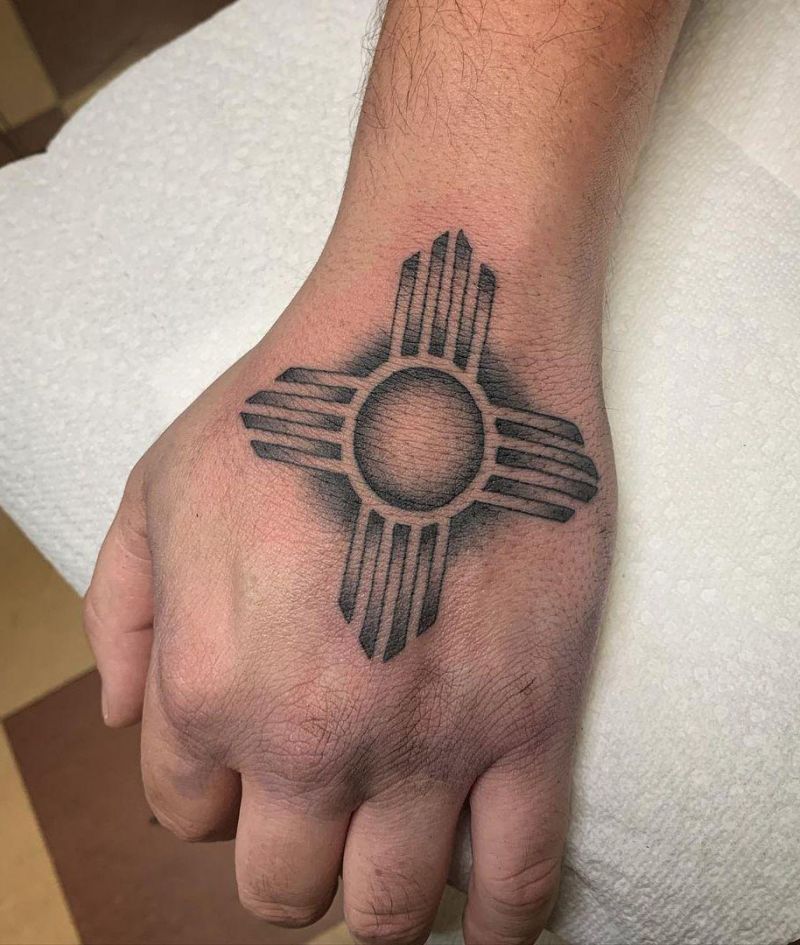