The all seeing eye, also known as the eye of Providence, represents God’s magic eye for monitoring human beings. The common form is an eye surrounded by triangles and ten thousand feet of light, which is widely known for appearing on the back of the national emblem of the United States and one dollar bills. Some people believe that the concept of the eye of God originated from the eye of Horus in ancient Egypt, and this concept is also mentioned many times in the Christian Bible.

The eye of Providence, which is closer to the common form now, can be traced back to Europe in the 17th and 18th centuries. At that time, it was an eye floating in the air and surrounded by clouds. Christianity expresses the doctrine of “Trinity” in the form of triangle. The eye of Providence has no specific source in the Bible. It is more a symbolic meaning given by religion.

The real meaning of all seeing eye is the light cone, the eye is the eye, and the pyramid is people’s field of vision. God used a real intention to cover up the essence of the world. We have only a narrow vision, so our personal destiny is limited in this narrow world. “Within the light cone is destiny” 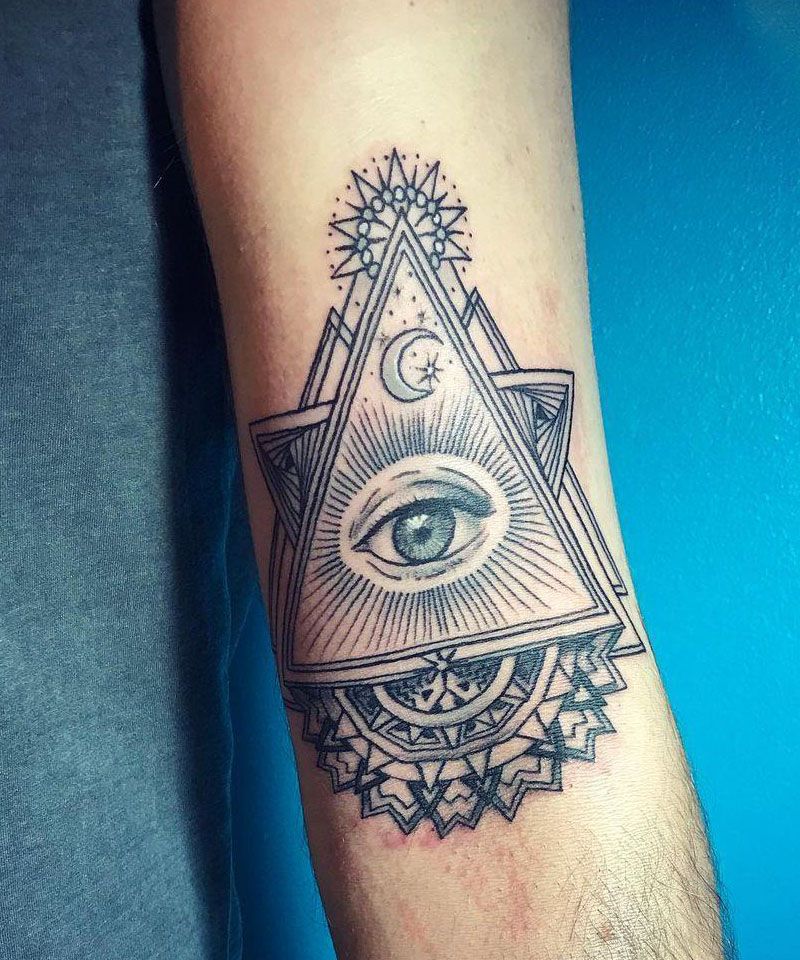