Avatar：The Last Airbender tells a fictional Oriental Myth adventure story: air, fire, water and earth are the four divine powers that dominate the whole world, and avatar is the only one who has these four divine powers. Therefore, he has the ability to save the world and prevent the evil fire country from conquering the world. However, it is puzzling that he disappeared mysteriously when people needed him most. A hundred years later, an aquarium tribe survived in Antarctica.

Appa is Aang’s loyal sky bison. It has deep feelings with Aang because they are the only traces of air nomadic civilization. Despite his heavy weight, app can still fly, which is achieved by jet, which makes him the main vehicle used by the team avatar. Today we have collected some lovely Appa tattoos. I hope you can find your favorite one. 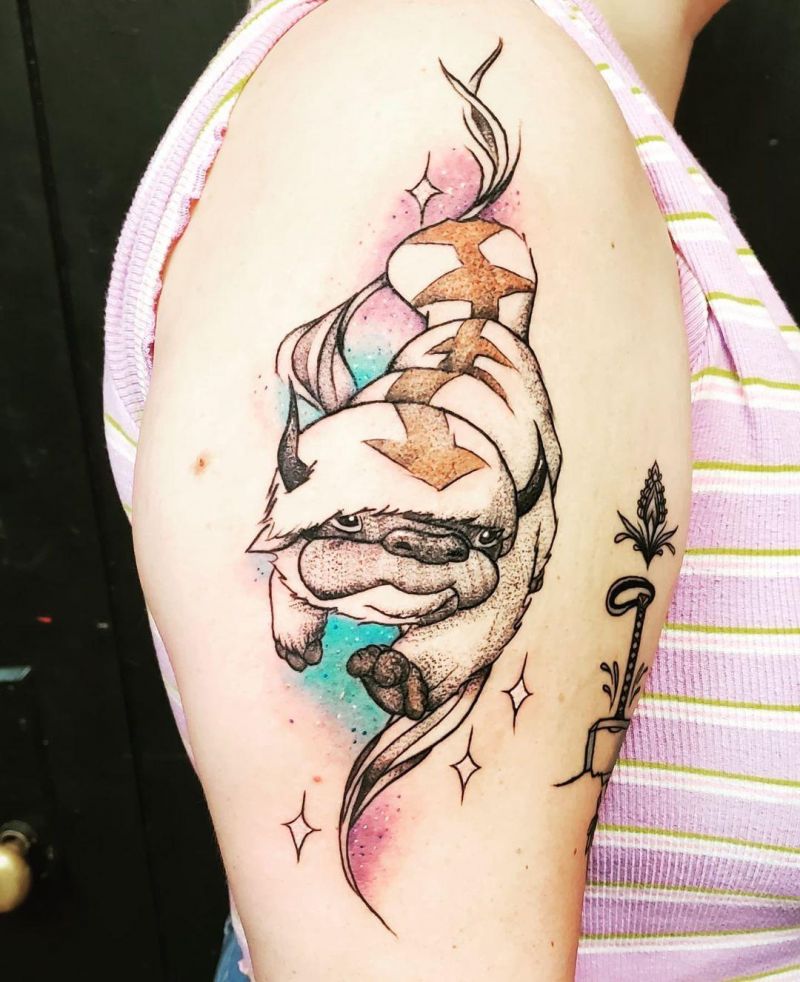