Bastet, the cat God in ancient Egyptian mythology, began to be worshipped as early as around the second Dynasty of Egypt (2890 BC). Before the unification of upper and lower Egypt, she was the goddess of war in Lower Egypt. Compared with the lion goddess of Upper Egypt, sehmet, because of its similarity, Bastet’s divinity gradually changed from the God of war to the guardian God of the family, symbolizing the warmth and happiness of the family, It is widely loved by Egyptians. 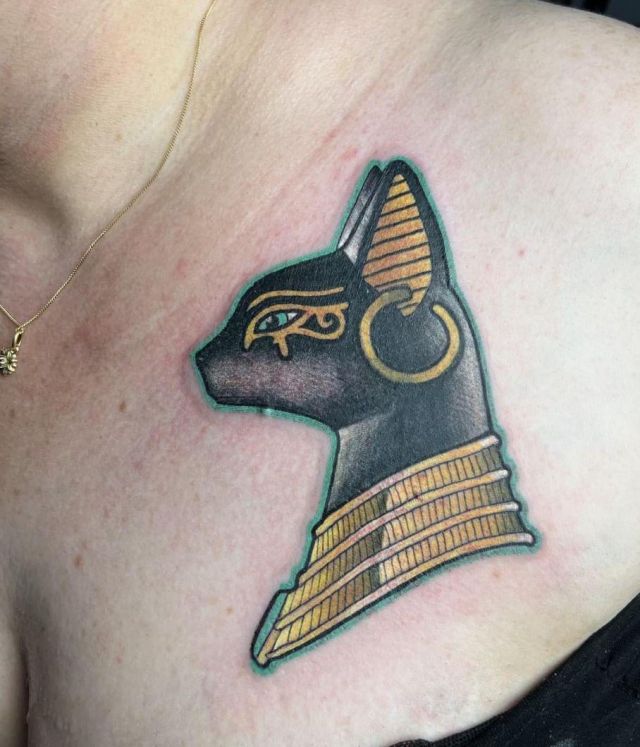 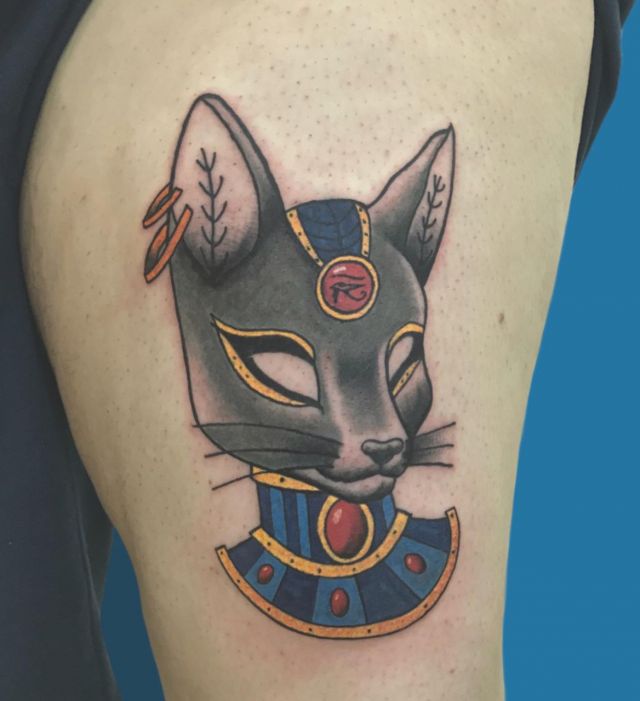 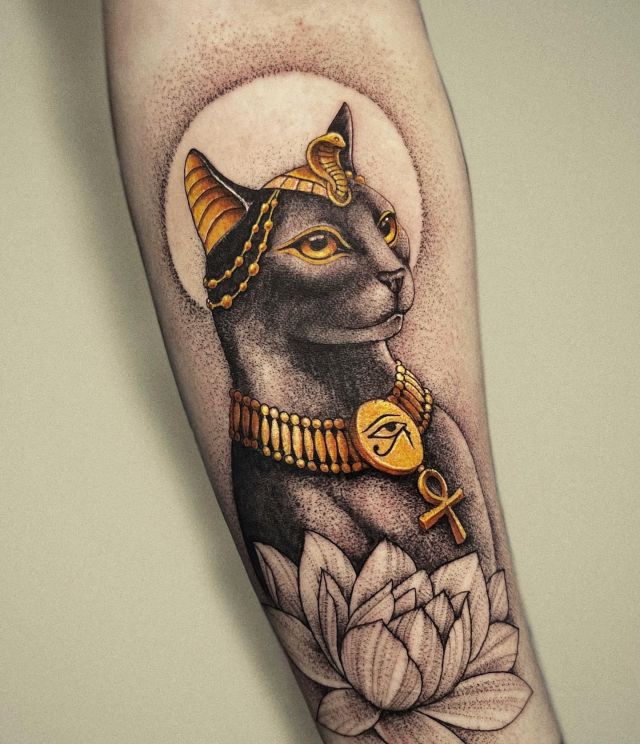 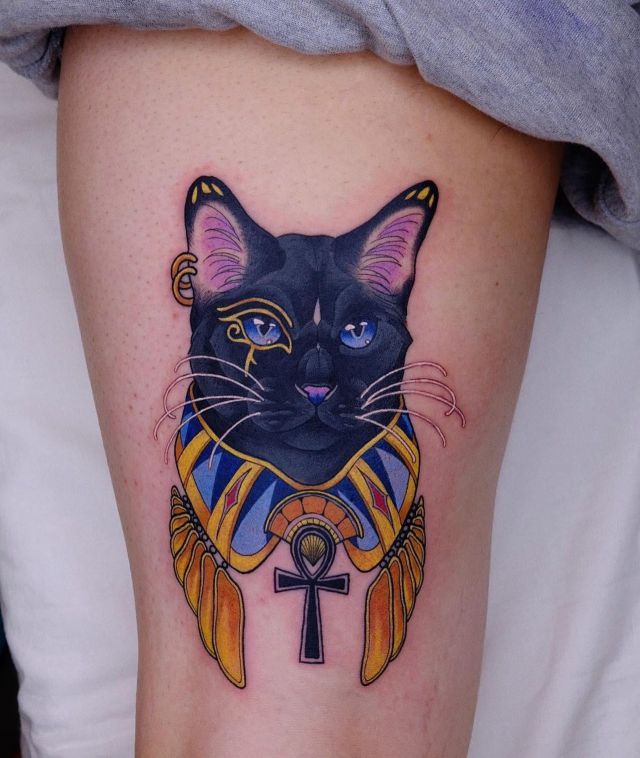 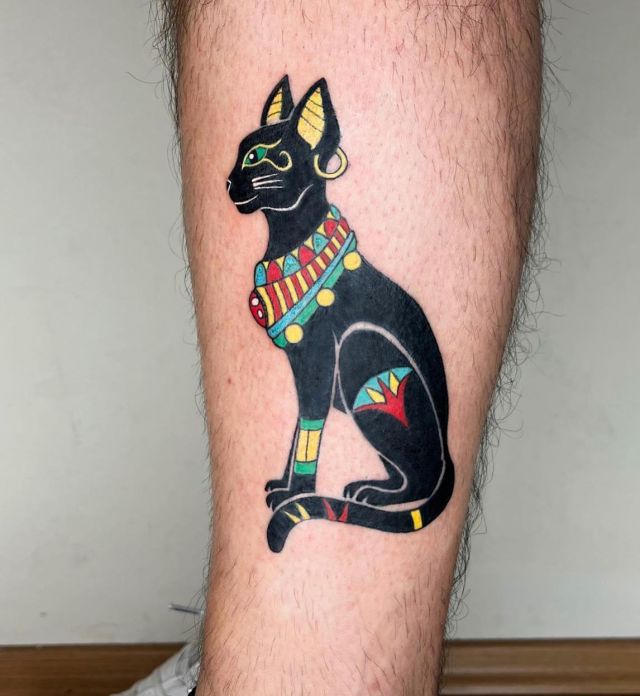 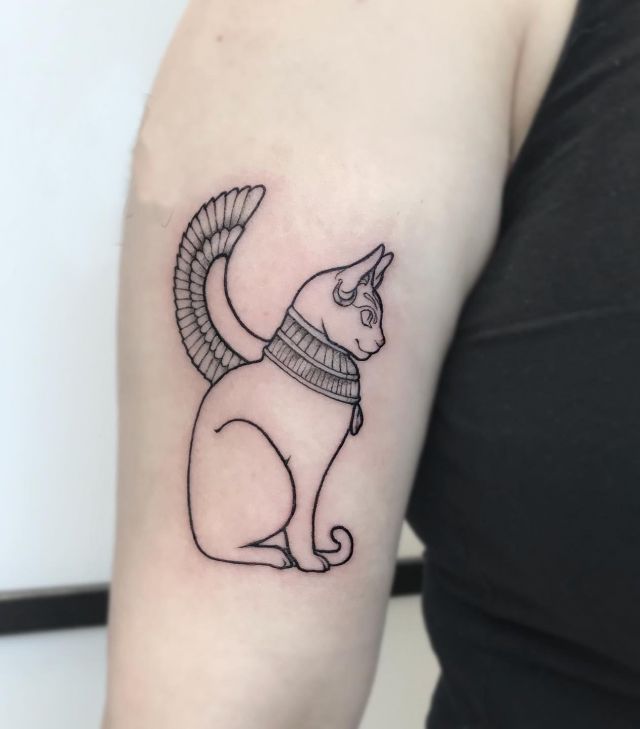 Round Bastet Tattoo on Shoulder 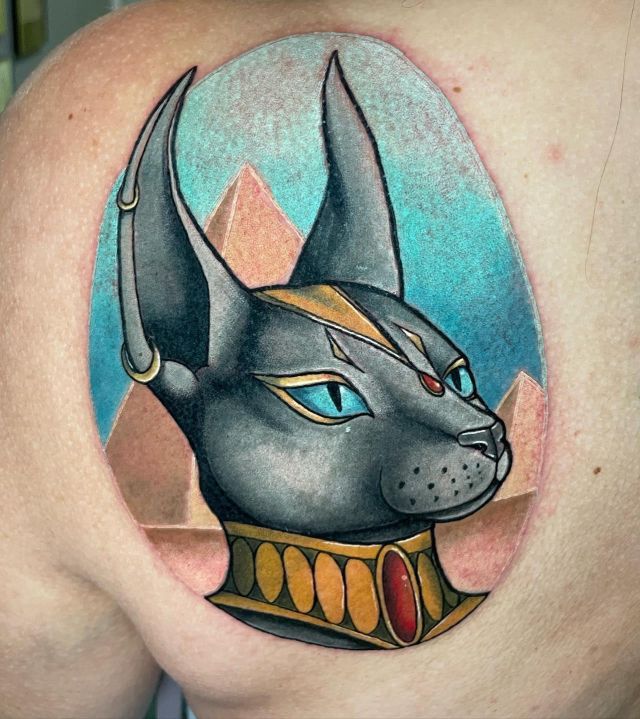 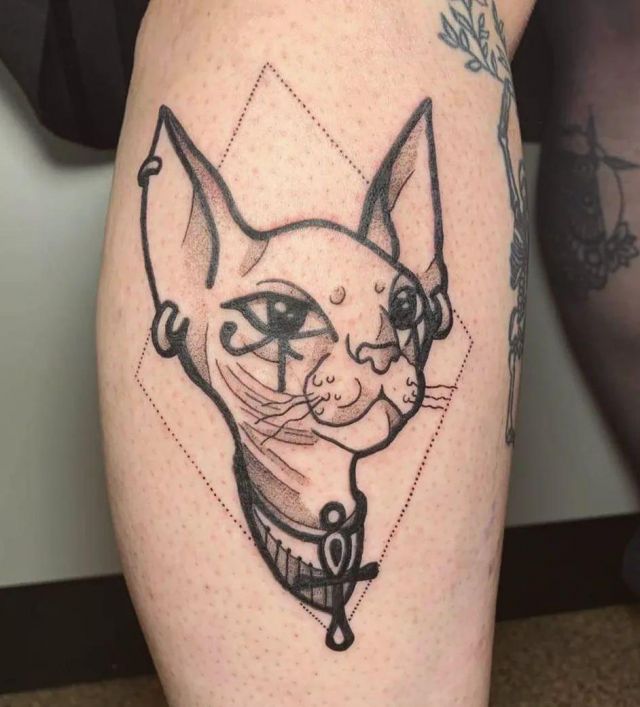 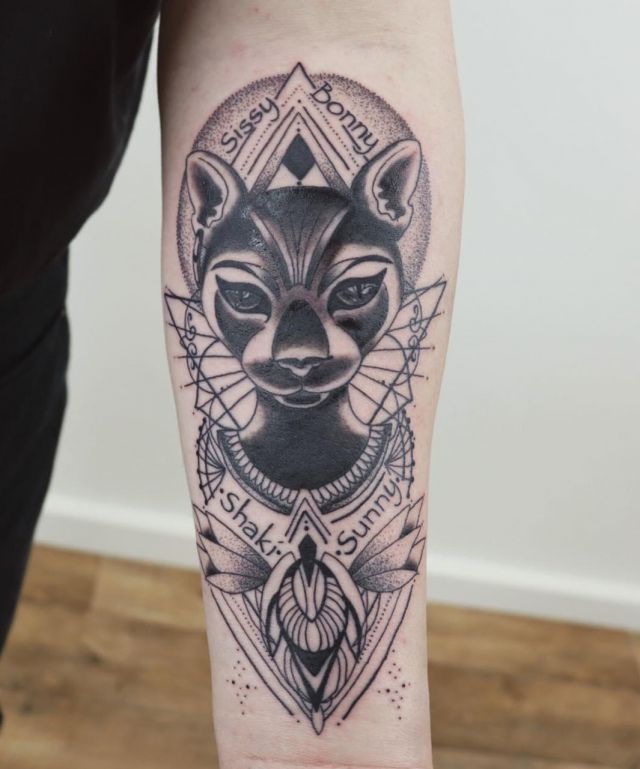 Pretty Bastet Tattoo on Back 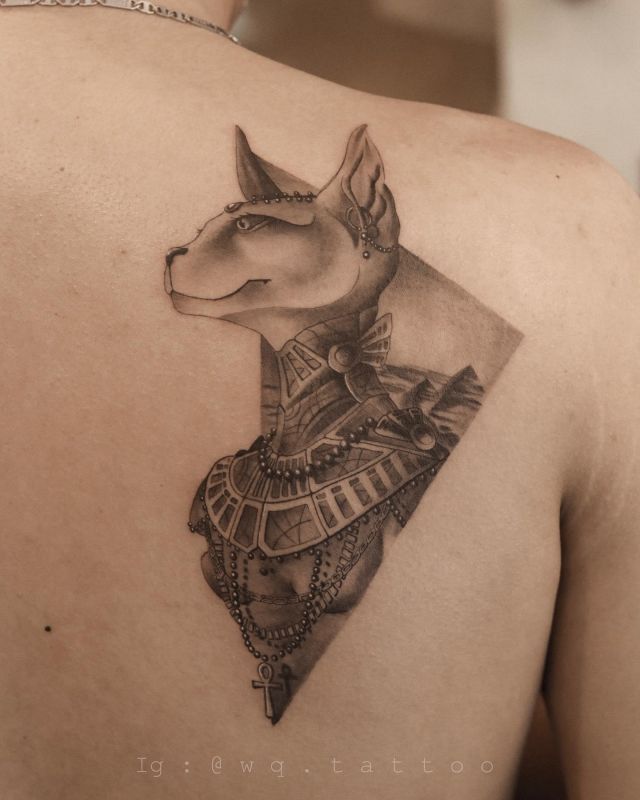