Among the tattoos, many people are keen on tattooing some portraits of great people, such as Chairman Mao’s portraits. The images of great people are not only welcomed by people, but also are willing to engrave them on their skin permanently. Today I’m going to talk to you about Che Guevara tattoo.

Maybe when I see the name, most people say they don’t know or are not familiar with it, but when I see his head, I will know that it’s him! In fact, I didn’t know him at the beginning. I thought he was a classic character in a movie, so many people tattooed him.

Among the tattoo lovers, many people choose Che Guevara tattoo. Why? In fact, Che Guevara’s portrait has become a common symbol of anti mainstream culture, a symbol of global popular culture and a symbol of hero. His life is legendary, and he is the main task of the Cuban revolution. His heroic deeds have been handed down from generation to generation. In fact, in addition to tattoos, Che Guevara can see his portrait in many places, such as the printing on clothes or mobile phone case. 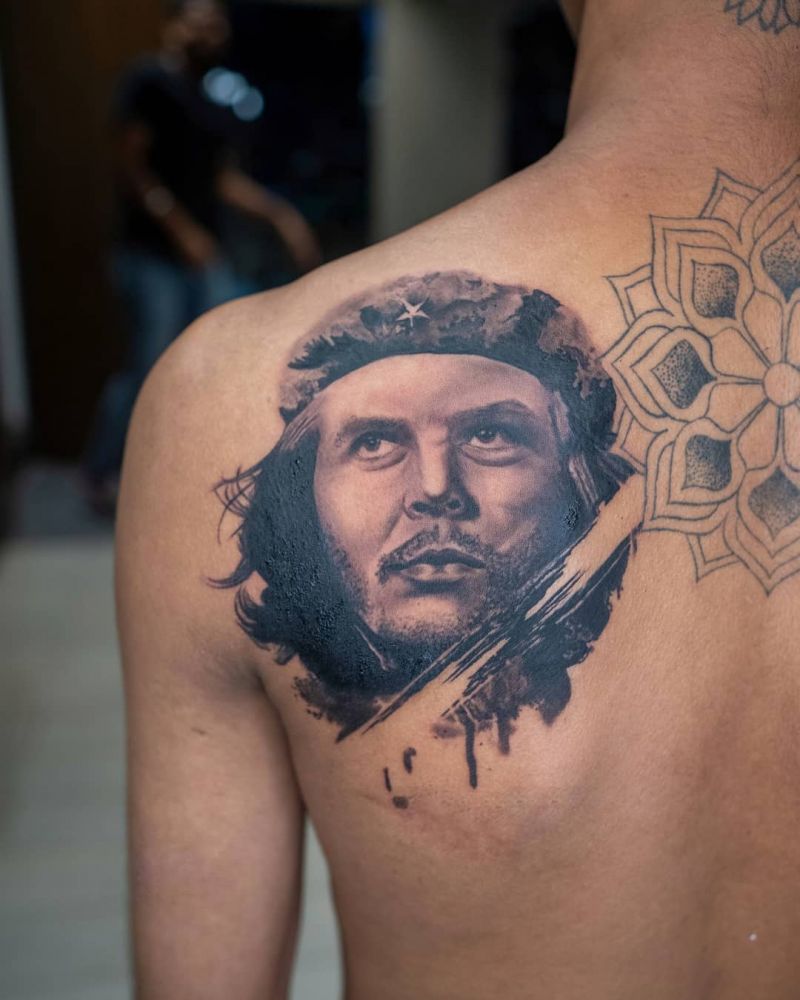