The meaning of Cinderella tattoo is that although life is very difficult, we should also be full of hope for the future, maintain a kind heart, and we will get a happy life. Cinderella is a character in fairy tales, which was widely spread among European people. Later, it was collected and written by the French writer Charles Perrault (1697) and the German Jacob et Wilhelm Grimm (1812).

Cinderella is a fairy tale character image created in Green’s fairy tales. It tells about a filial and kind-hearted girl who has been bullied by her stepmother and sisters for a long time. She is dirty every day as a maid in the kitchen. Later, because he was kind to small animals and moved heaven with filial piety, he got the help of the fairy. After the obstruction of his stepmother and sisters, he finally lived happily with the prince. Later, people often used the word “Cinderella” to describe those women who are not outstanding in appearance but kind in heart and lovely in character. 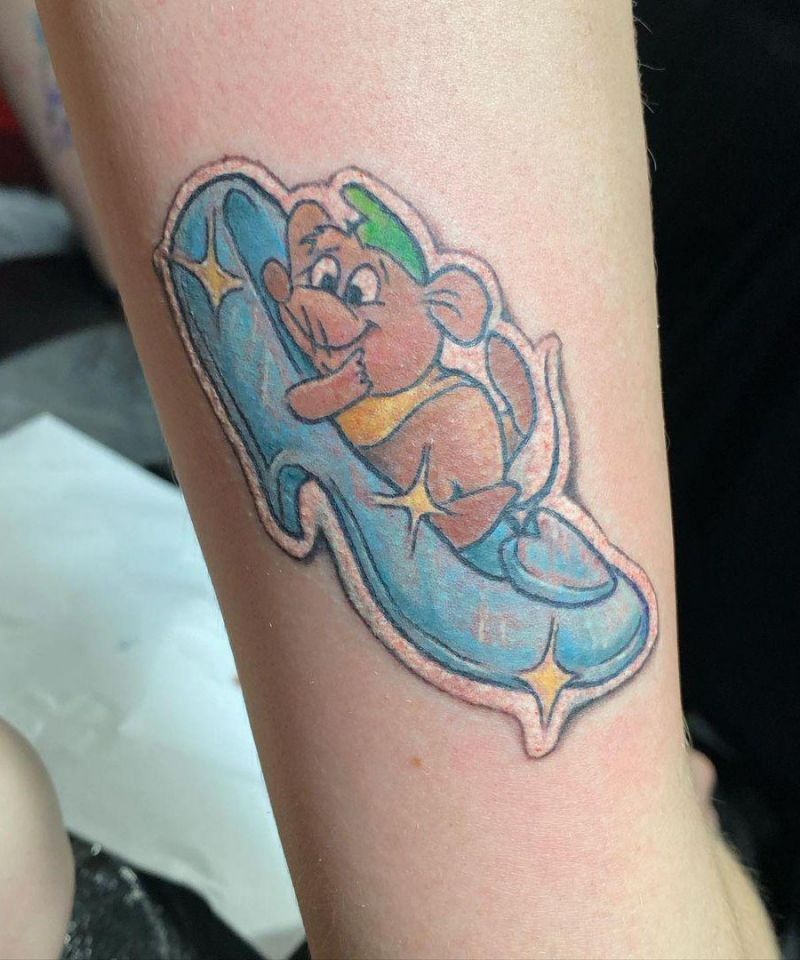