The meaning of Titanic tattoo is the yearning for the beauty of love. Titanic is a romantic film produced by 20th Century Fox and Paramount Pictures. It is directed by James Cameron and starred by Leonardo DiCaprio and Kate Winslet.

Based on the sinking of the Titanic during its maiden voyage in 1912, the film tells the touching story of two people at different levels, poor painter Jack and noble woman Ruth, who abandoned secular prejudice and fell in love. Finally, Jack gave Ruth the chance to survive. 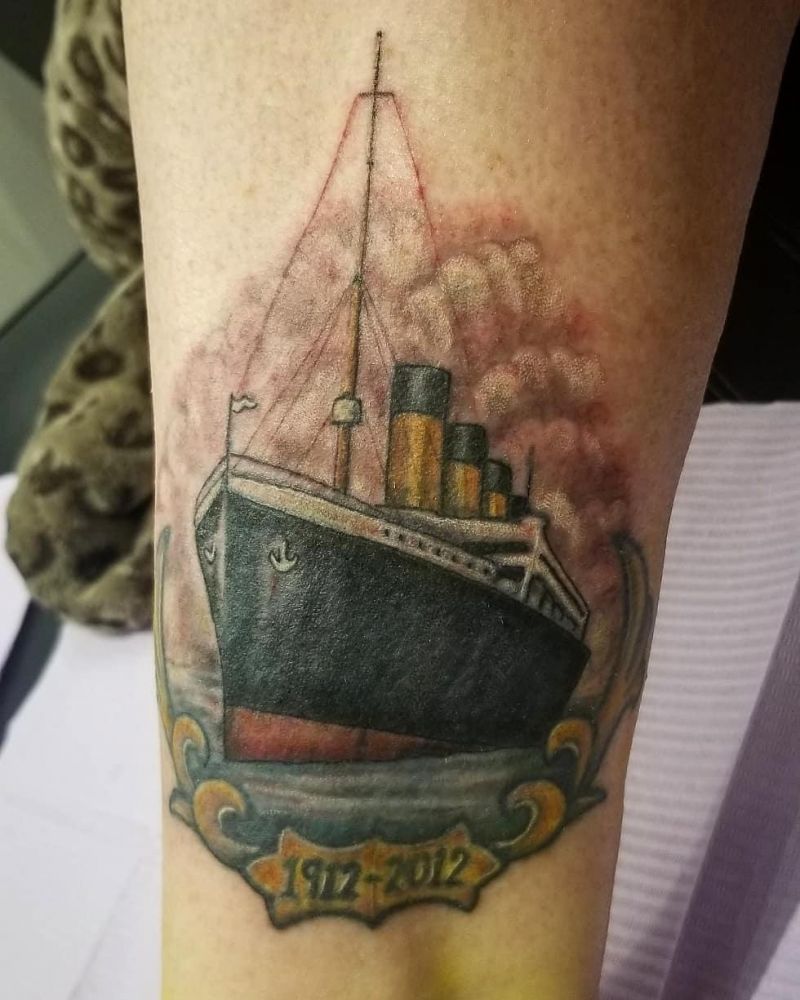