The meaning of clapperboard tattoo is to pursue the perfection of details. Clapper board is a small board with information such as scene number, mirror number, director, film title and film company written on it. One end can be opened and closed to make a clear sound, so as to facilitate the synchronous operation of sound and painting during splicing.

Clapperboard is a black or white board, which can be written with whiteboard pen or water-based marker book and chalk. It is simple, practical and clearly visible. Hard wood, the sound is simply loud. The inventor of the first clapperboard in film history may be frank Thring, who was the director of eftee film studio in Melbourne, Australia in the 1920s. 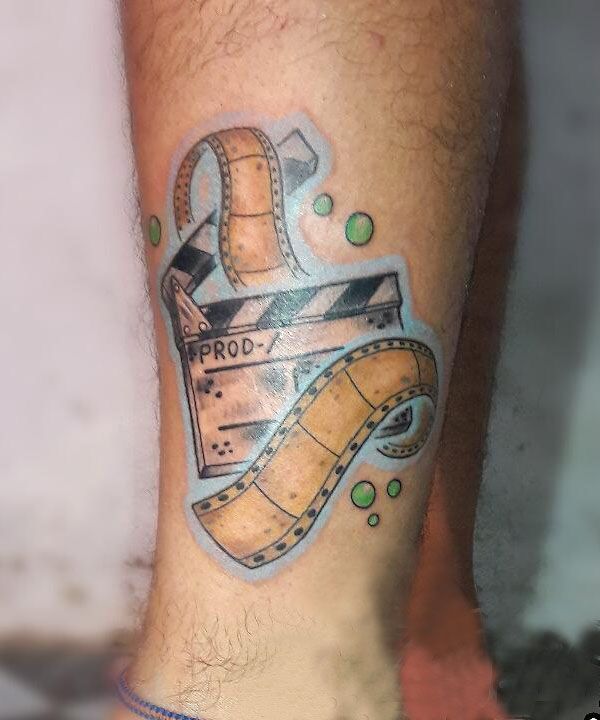