The meaning of pottery tattoo is history and culture. Pottery is an appliance made of clay or clay by kneading, forming and firing. Pottery has a long history. Simple and rough pottery was first seen in the Neolithic age. Pottery was used as a daily necessities in ancient times, and now it is generally collected as handicrafts.

The invention of pottery is the beginning of mankind’s earliest use of chemical changes to change natural properties. It is one of the symbols of the development of human society from the Paleolithic age to the Neolithic age.

Pottery is coarser than porcelain and is usually yellowish brown. There are also painted with other colors or colored patterns. The Neolithic Age began to appear in large numbers. Most modern pottery is painted with coarse glaze. 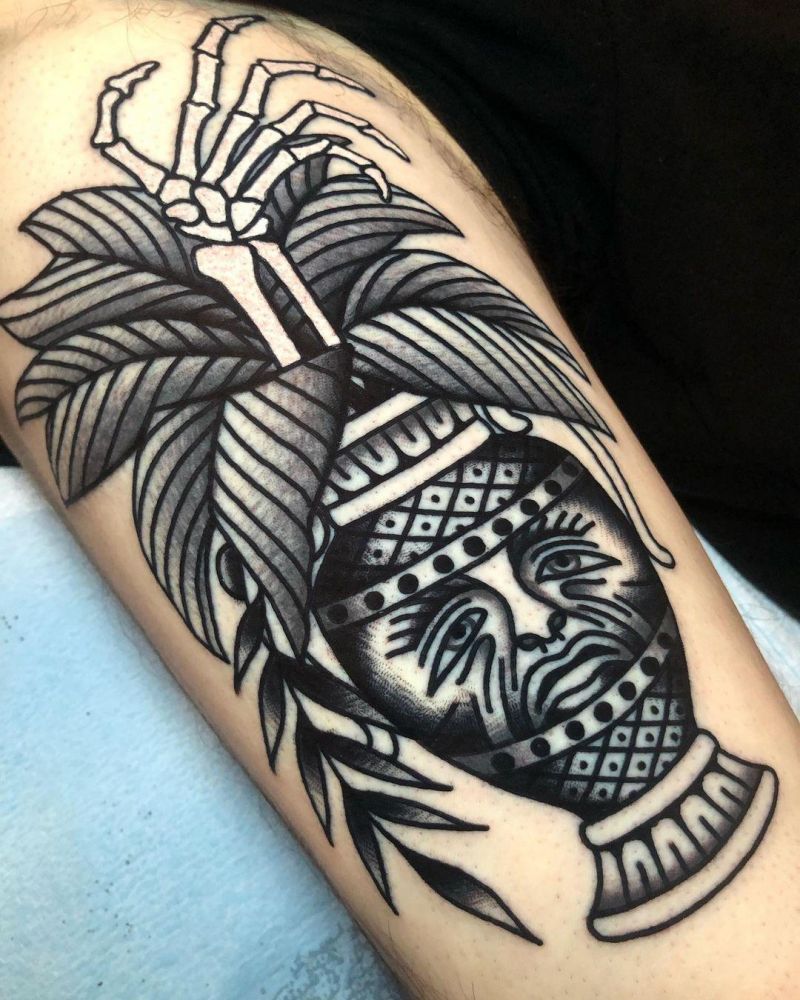