Princess dream every girl has had, fantasy himself put on a dress, wearing a crown. Noble crown is not only favored by girls, but also loved by male tattoo lovers. Do you know the meaning of the crown tattoo? Choose a special crown tattoo with me.

Crown, or crown, is the ornament worn by monarchs or gods in many parts of the world to show their noble status. The crown pattern is also used as the emblem of the royal family, so it is also a symbol of power and orthodoxy. In the ancient Roman Empire, the crown was mainly hoop shaped, inlaid with various gems, emitting a charming light.

The crown tattoo represents the only love. In ancient China, there were 3000 beauties in the Imperial Palace, but only one queen. In Europe, there could only be one king in a country, and a king could only have one queen. Therefore, the crown worn by the king and the queen also represents the only meaning. The crown design is very suitable for lovers’ tattoos. You are my queen, I am your king!

Crown tattoos represent power and dignity, supremacy. Don’t bow your head, or the crown on your head will fall off. If you wear the crown, you have to look up and hold your chest straight, and you are not afraid of difficulties. The ancient crown is the symbol of status. If you want to wear a crown, you must bear its weight. If you can afford this crown, it proves that you have enough power and strength to rule this era!

The crown tattoo symbolizes independence. In this advanced era, girls are no longer the appendages of boys. Many women are better and more powerful than some men. Ladies and sisters, please wear your own crown and be yo 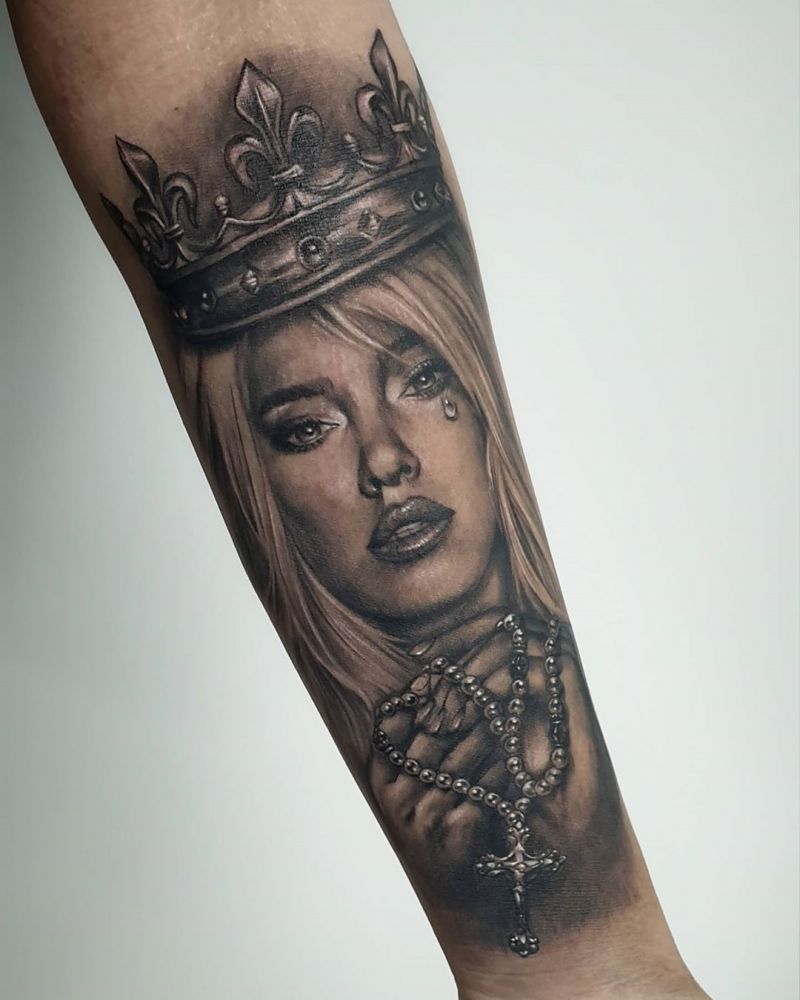