Daphne’s story originated from a very simple local legend in the late pan Greek period and was created in the metamorphosis written by Ovid, a Roman poet around the 1st century. In essence, Daphne’s story is not a Greek myth, but the original creation of Ovid, the Roman.
The Roman Ovid created this story mainly to explain why the Roman emperor wore a laurel. Because during the period of Ovid’s life, Augustus, the founding emperor of the Roman Empire, strongly encouraged Rome to inherit Greek culture. He called himself the incarnation of Apollo on earth or the son of Apollo, and Apollo and his crown became a symbol of Roman imperial power.

However, in fact, in Greece, the God of Laurel was Apollo himself from beginning to end, and Laurel was one of his main symbols. In classical Greek mythology, the fairy Daphne never appeared, and she was never a goddess. There are only “Daphnes” (an alias of Apollo), which means “those who love laurel” (Apollo God).
In ancient Greek mythology and Greek, Daphne has never been a person’s name, let alone a fairy and by no means a goddess. The original meaning of this word is laurel, which is a noun.

Daphne in Roman mythology is the personification of the word “laurel”, or a divisive version of Apollo, the God of laurel. Ovid thinks she is the daughter of the river god. The most famous and only story about her is that Apollo courted her. 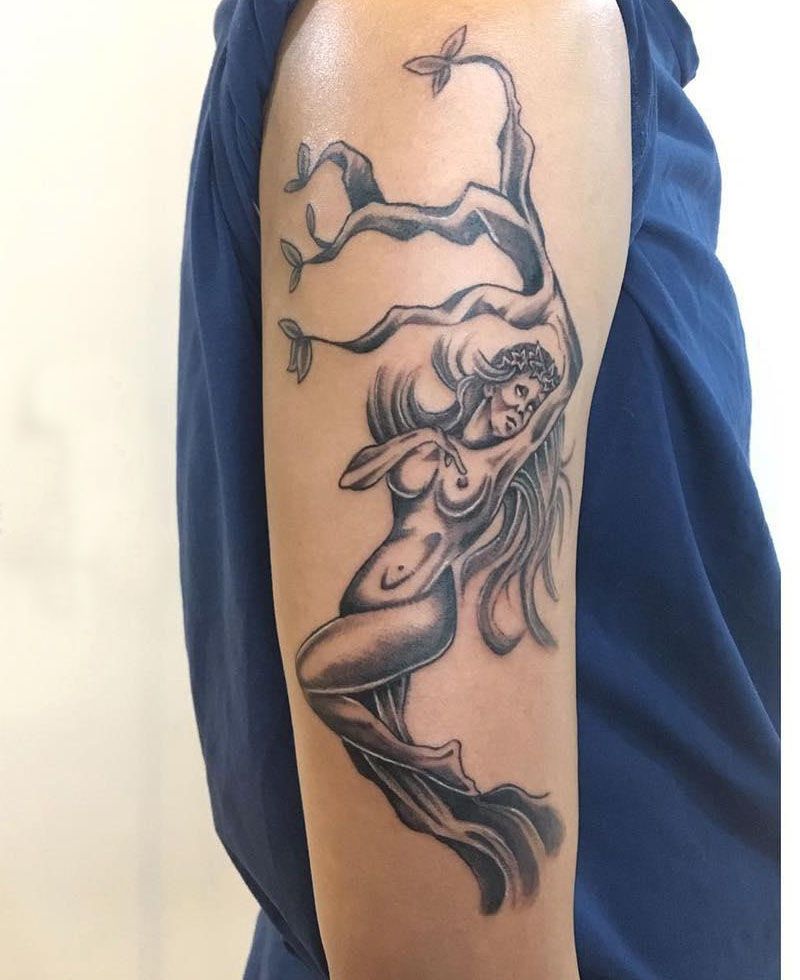