Tattoos on the back of the ears are nothing new. Many girls like to hide their favorite secrets in the hair behind the ears. But tattoos on the ears are not so common. This kind of tattoo is directly made on the auricle cartilage, and many of them even replace the earrings. This is the ear tattoo that is quietly popular all over the world. Many celebrities are fascinated by this, secretly make a small picture in their ears, the effect of looming, become entertainment reporters gossip.

Like tattoos done behind the ears, tattoos on the ears are often less conspicuous when they are covered by hair. As a result, it won the favor of many girls. Ear tattoo has another name, spiral tattoo. Because at first, many people’s auricle tattoos were symmetrical spiral patterns, especially on the earrings. Later, people gradually thought that the ear should be the best place to play minimalist aesthetics, so the spiral was replaced by more abundant patterns.

Tattoo artists and tattoo enthusiasts always have surprisingly large brain holes. The patterns of ear tattoos are constantly changing. You can choose a grass or a branch. Or a bunch of stars. It can even become a kind of art on the ear, which can adapt to any style such as prick, watercolor, photo, etc. it has a special delicacy on the ear.

The process of making ear tattoo is simpler than other parts of tattoo, with less color and short time. Many people who say they don’t have the time, the time and the determination to get a tattoo are breaking through their ears. Simple characters like this are almost as desirable as tattoos. The production process is not much more difficult than an ear hole. Ear tattoos are also suitable for men. However, the male style is more rough and direct. The tattoos and earrings on the ears are like the signature and cuff of the shirt cuff, which complement each other. Make a unique style between the square inch, which is another pleasure of tattoo. 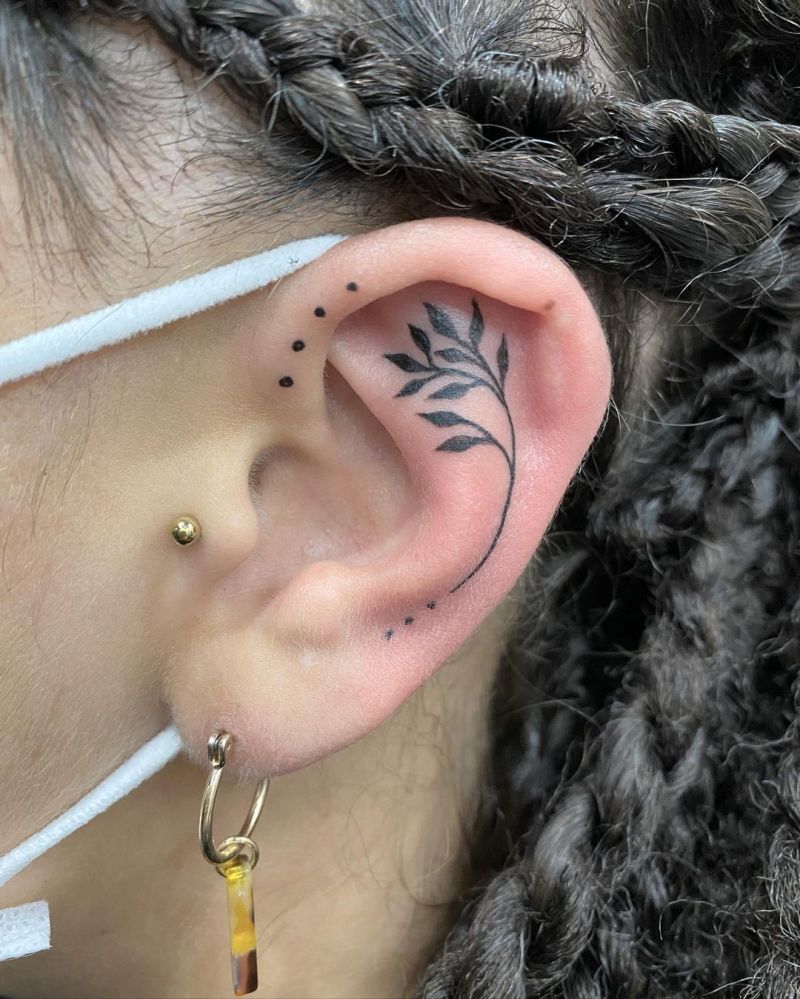