The eye of Horus is a kind of sacred symbol that spread in ancient Egypt. The eye of Horus is the eye of Horus, the God of the sky. It represents the protection and supreme right of the gods. In ancient Egypt, people thought it had the function of rebirth, so this mysterious symbol can be found in many Pharaonic cemeteries. For religious and tattoo lovers, this is a great tattoo, which is very popular in Europe and America.

Among those who do not know the eye of Horus, it is easy to confuse it with the omniscient eye. In fact, the eye of Horus is more like a totem. In Egypt, people wear it as an amulet. Moreover, the shape of Horus’ eye is very peculiar. It is composed of eyes, tears and spirals, which is obviously different from the Trinity omniscient eye.

There is a folk legend about the origin of Horus’ eye. Horus is the God of the sky. His left eye represents the moon, and his right eye represents the sun. Later, he was killed by his father’s enemy, Seth, in the battle. Later, with the help of the moon god, he defeated Seth and took back his left eye, so he dedicated his left eye to his father, To protect his father from being hurt in the dark underworld, which is why Horus’s eye tattoos are all about his left eye.

In the eyes of ancient Egyptians, the eye of Horus has a sacred meaning. It can play a significant role in the rebirth of the Pharaons, so in its tattoo patterns, it is very common to find symbols related to rebirth. The general symbol of the cross is the symbol of rebirth that the ancient Egyptians thought. It is very meaningful to tattoo the cross with the eye of Horus. 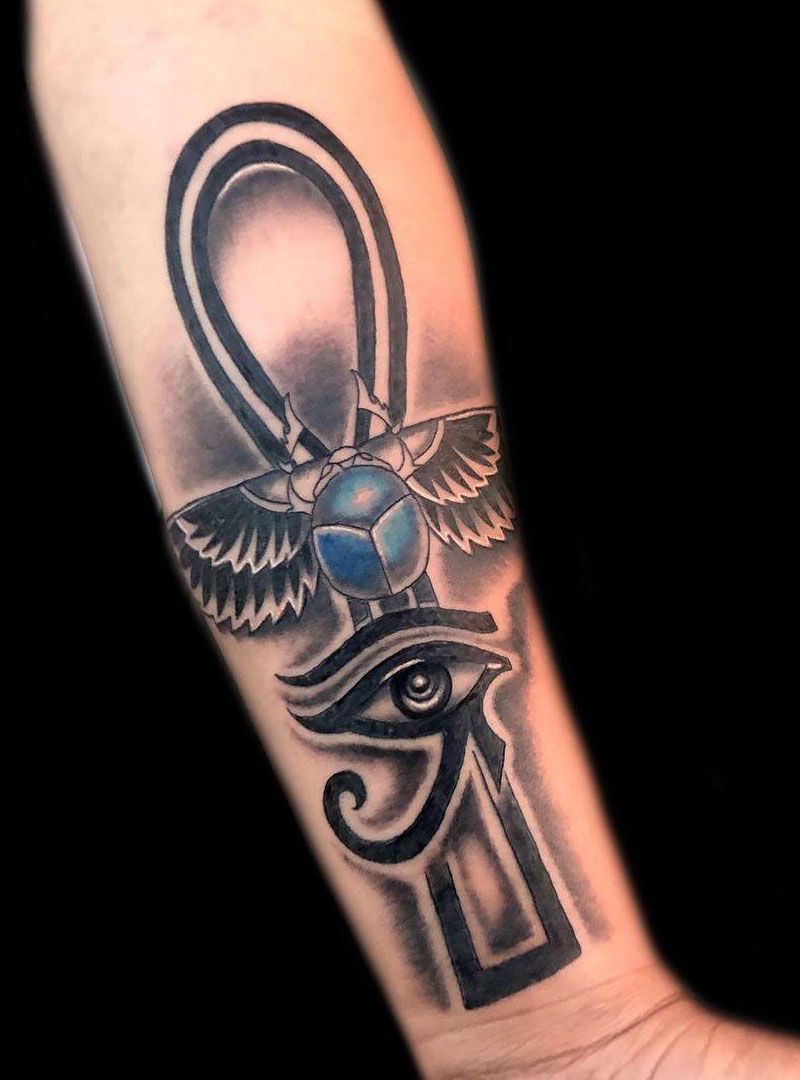