Pisces is an ancient complex constellation, but also a strange charm, extreme romantic, fantasy constellation. So what’s the moral of tattooing Pisces on your body?

Pisces is the last sign in the zodiac, which also combines the advantages and disadvantages of all the signs. The two fish swim in opposite directions, but they are tightly connected by a ribbon, unable to separate, and no one can break free. This kind of predicament seems to predestine the dual character of Pisces, and the contradiction is complicated.

Both Pisces men and Pisces women are romantic and emotional. He is full of infinite fantasy about love and likes to immerse himself in his dream. When the beginning of a love, he will be selfless into love, and even can give up everything for love.

According to legend, Venus and his son Cupid were attacked by a monster by the river. In order to escape, the mother and son jumped into the river and became two fish. Venus in order to prevent his son separated, they will use a band to tie the two together, forming a Pisces.

Pisces has a complex, sentimental side, but also a romantic image, so that people burst out of countless creative inspiration. Do you like any of these Pisces tattoos? 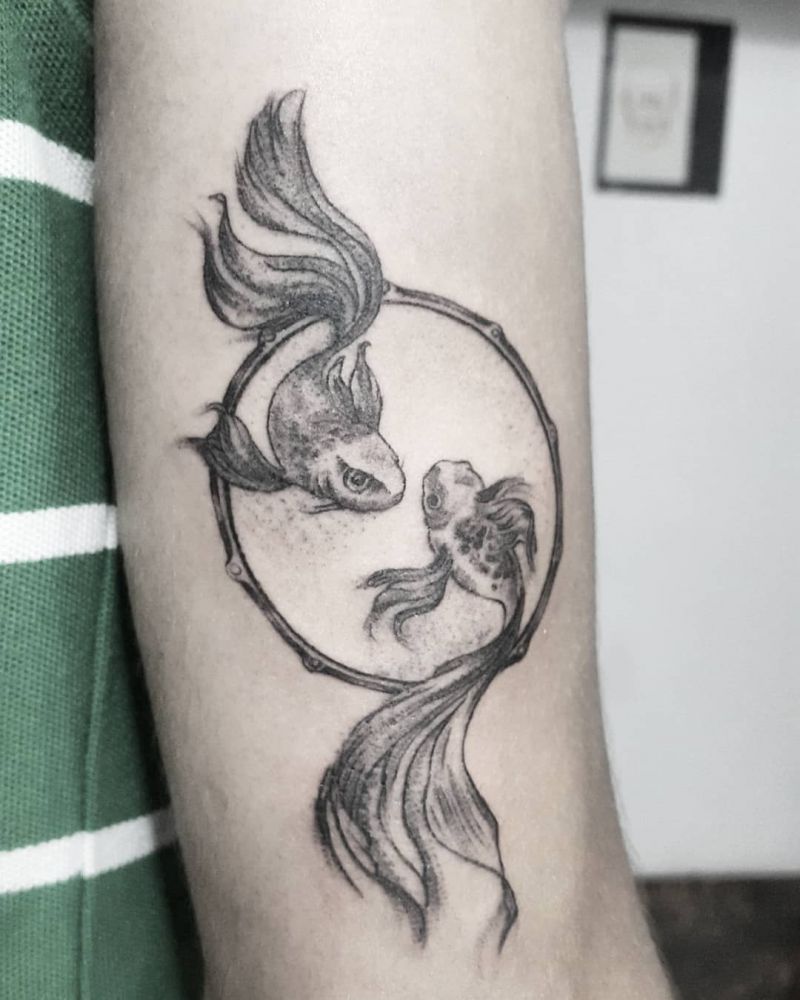