Although tattoos often bring people the feeling of fashion and Western style, they can also be full of Chinese style. Fan is one of the most representative items in Chinese traditional culture. It can be said that it is a symbol of elegance. It’s also very nice to take a fan to do tattoo.

With the development of the times, electric fans and air conditioning gradually encroach on people’s lives, and fans are gradually “driven out” by many families, but their status in the Han culture is still irreplaceable. Perhaps, now we no longer need fans to bring us a little cool in the hot summer, but we still need fans to keep the ancient flavor of traditional culture for us.

Fan’s fan homophony is good, so fan tattoo has the meaning of kindness. And because Zhuge Liang’s image is a finger feather fan, clothing strategical appearance, so later people regard fan as a symbol of wisdom. The fan tattoo is very ancient and beautiful. Would you like it? 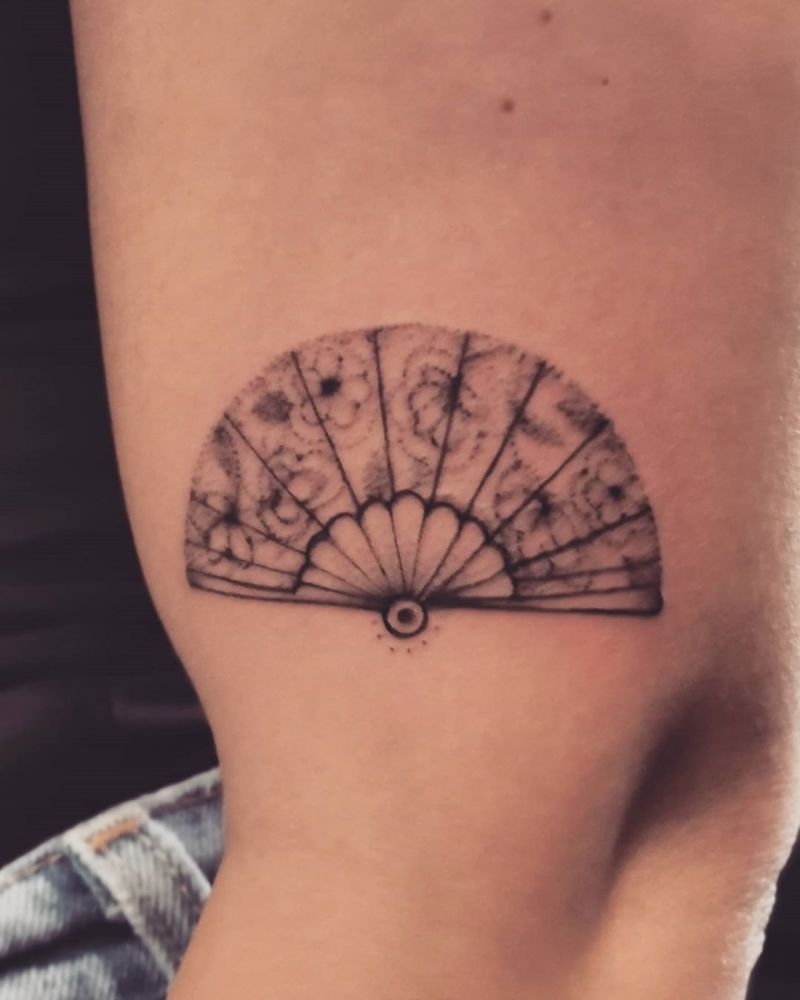