Kali, a Hindu goddess, has a long and complicated history. Although sometimes manifested as darkness and violence, her initial appearance as an incarnation of extinction still has considerable influence, while the more complex Tantric belief sometimes extends her role to the highest existence and origin of life. The recent pious movement imagines Kari as the Mother God of righteous charity. Therefore, in addition to being related to Deva, Shiva, Kali is also related to many devi. I believe that if we repeat their names and incantations, we can give worshippers special abilities.

The image of Kali goddess sometimes has one side, four arms and two feet, sometimes has many arms, many faces and many feet. But the common characteristics are blue and black body, three eyes, and crescent moon. It takes fifty Asura heads as necklaces, two heads as earrings, and human arms as skirts. The upper body is naked. When the image of Kali goddess has four arms, it usually holds a sword in one hand, a Asura head in one hand, a trident in the other, and a sword in the other Holding a skull bowl. Her face was red with blood. 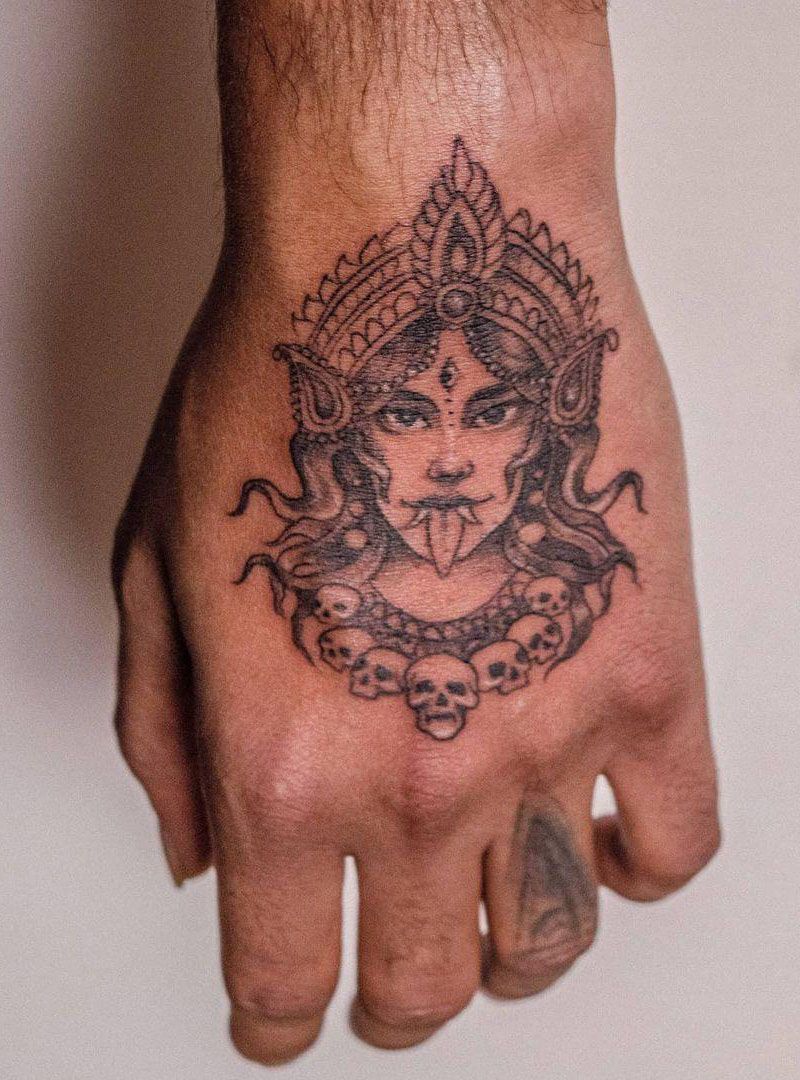