Because of its majestic appearance, lions were regarded as supporters of law in ancient China. In Buddhism, it is not only the guardian of the temple, but also the god beast on which Sakyamuni’s left arm attends Manjusri. In the Han Dynasty, the lion became the mascot of guarding the door, and gradually integrated with Chinese culture. The shape of lions has different characteristics in different dynasties, but they are usually powerful and awe inspiring.

The lion tattoo, symbolizing the power of the king or ruler, represents the dignity and power, but also a symbol of pride, courage and wisdom. In any case, the lion tattoo is always impressive, and the partners who pay attention to the meaning of tattoo can also find a satisfactory answer. Tattooing a powerful lion tattoo will trigger a turning back rate among many tattoos. Is it strange? But today we have prepared some lovely Lion Cub tattoos, from which you can see the lovely side of the lion. 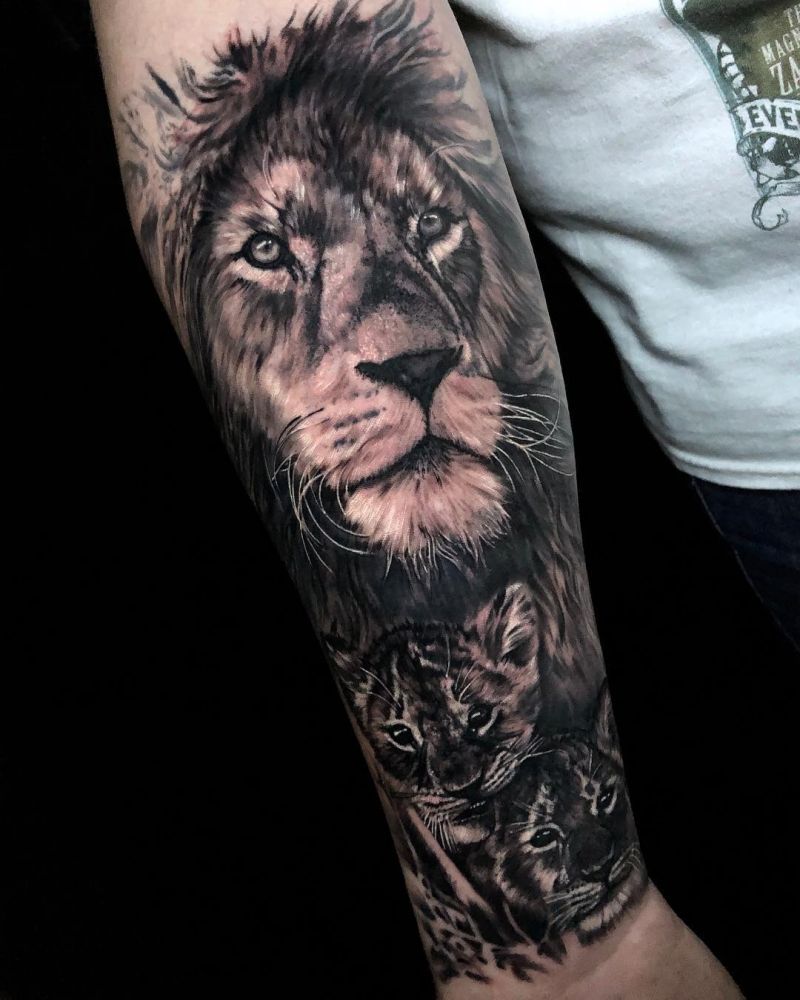