Mary Poppins tattoo means fantastic ideas and happy childhood. There is such a well-known Magic Nanny in Britain: she floats slowly from the air with a big umbrella, which makes naughty children polite and obedient, and makes parents who are immersed in their career learn to appreciate their children – she is the famous Mary Poppins.

Mary Poppins is written by the female writer P. L. Travers. From 1934 to 1988, the magical Mary Poppins appeared in eight children’s story books. There is only one Mary Poppins in the world, and there are many unhappy children in the world. Most children will grow up and abandon their old ideas. They have become one of the millions of people who are mediocre, depressed and feeble. 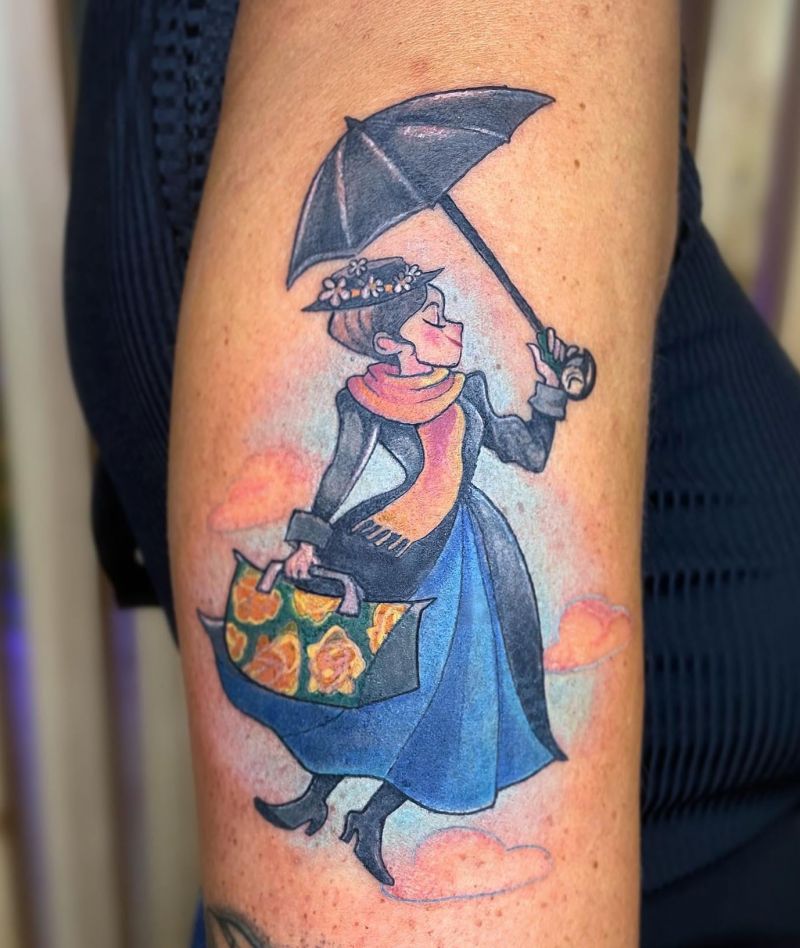